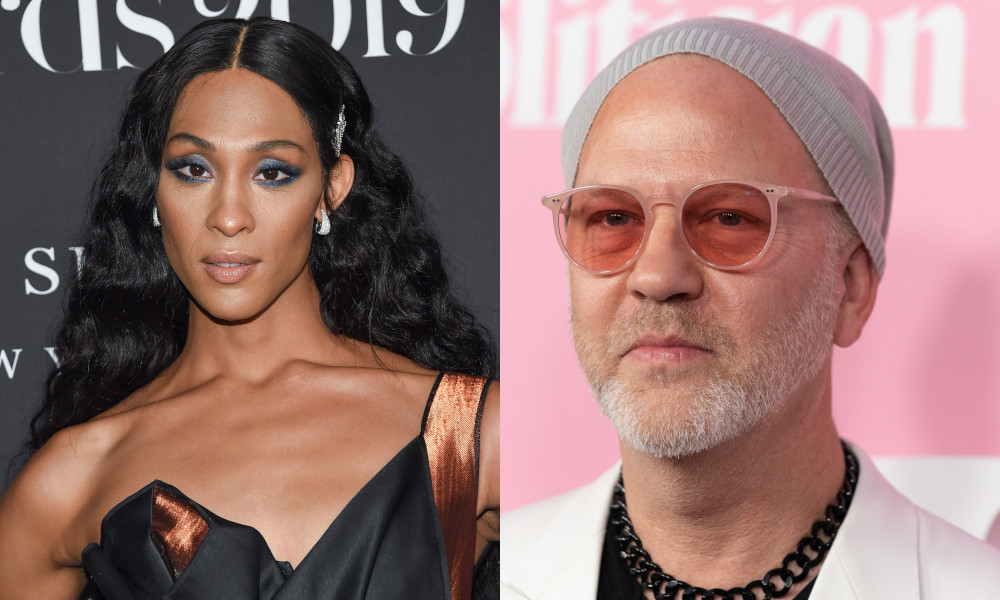 Who knew I would cry during Ryan Murphy’s acceptance speech at the 2023 Golden Globe Awards?

On Tuesday night, creator and director Ryan Murphy took the stage at the 80th Annual Golden Globes to accept the Carol Burnett Award for his outstanding contributions to television. Actor Billy Porter, who worked with Murphy on Pose, showered him in praise as he introduced the director for the award.

“Prolific. Visionary. Game Changer. Trailblazer. Champion of Truth. Fearless. Boss Man. Workaholic. Ally. Mentor. Friend. There aren’t enough words in the English language to convey what you mean to me.

“As Hollywood lore would have it, and as Steven Canals, the creator of Pose, has said publicly, he got 162 passes on Pose,” Porter continued. “Blessedly, the 163rd meeting with Ryan turned out to be the singular ‘Yes’ our community needed to finally have our stories, our lives, our souls honored, validated, and seen.”

Lets Give It Up For Actress Michaela Jaé Rodriguez

Murphy is known for his work on projects like Glee, American Horror Story, and the recent Dahmer series on Netflix. But in his acceptance speech, he focused on the people he has met in his career. Immediately after taking the stage, he directed the spotlight to Michaela Jaé Rodriguez, who won a Golden Globe for her role in Pose in 2022.

“How I would have loved for MJ to be on this stage and get the standing ovation she deserved for making history.”

Rodriguez made LGBTQ+ history when she received the Best Actress in a TV Drama award and became the first transgender actor to win a Golden Globe. However, NBC opted not to televise the show last year due to criticism of the organization’s practices and lack of diversity.

Despite being a year late, Murphy ensured she received all the credit she deserved.

“I’m thrilled to say that MJ is one of my guests tonight. She’s here at my table. So MJ please stand up and let’s give her the ovation that she deserves to hear.”

MJ Rodriquez made history last year as the first trans actress to win a Golden Globe. that ceremony never happened, so tonight Ryan Murphy shouted her out during his own speech so she could get her own standing ovation. love, love, love pic.twitter.com/mJOuK3DY5w

(Meanwhile, I am at home sobbing while watching it all happen on my TV screen)

Murphy Calls These Actors His Heroes

Murphy continued to call out the queer actors he has met during his career, calling them “heroes of mine.” To Porter, he called him “one of the most iconic actors of his generation” who has made waves in acting and in fashion.

Next, he brought our attention to Niecy Nash-Betts, nominated for her performance in Dahmer – Monster: The Jeffrey Dahmer Story.

“Born in LA, a mother of 3, she was told only a couple of years ago when she wanted to marry the love of her life Jessica, that she couldn’t, shouldn’t do that. She might never work again. Her community and her industry might abandon her,” he said. “Niecy Nash chose love not fear, and tonight she’s Golden Globe nominee Niecy Nash-Betts and she’s had the biggest year of her entire career with Dahmer and Rookie: Feds. Niecy I love you.”

Murphy also spotlighted out actor Matt Bomer for being “an action hero in real life,” and finally, he referred to rising star Jeremy Pope as the future.

“I have dedicated most of my Lifetime Achievement speech here tonight to these wonderful actors I’ve worked with to make a point of hope and progress,” Murphy continued. He spoke about growing up never seeing “a person like me getting an award…”

“But for those kids watching tonight, I offer up MJ, Billy, Niecy, Matt and Jeremy as examples of possibility.”

Watch the full speech below and see all of the 2023 winners here.

The Carol Burnett Award honors someone “based on their body of work and the lasting impact their television career achievements have had on both the industry and audiences.”

This is just the fourth time the Carol Burnett Award has honored someone. Burnett accepted the award in 2019, followed by Ellen DeGeneres and Norman Lear.