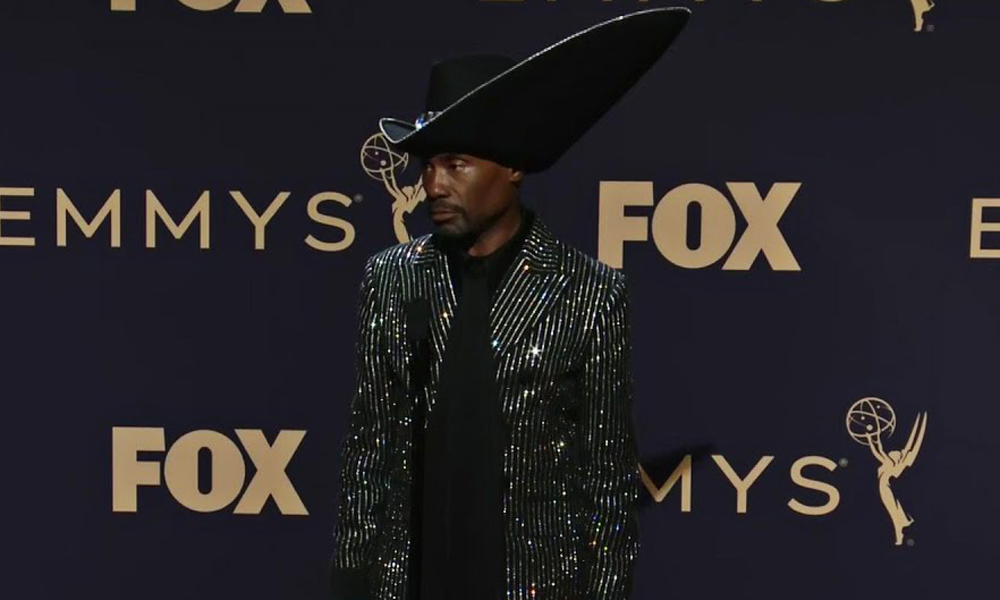 On Sunday night, Billy Porter, who portrays the flashy ballroom emcee Pray Tell in FX’s Pose, made Emmy history. He became the first openly gay black man to win the award for lead actor in a drama category.

A newcomer to the Emmy scene, the Tony- and Grammy-winning star started the evening with a history-making-moment with his nomination, but the win was the icing on top of his impressive night.

“The category is love, y’all,” Porter stated on accepting the award.

Later that night in the press room backstage, Porter became emotional speaking about his victory.

“Visibility and representation are the only things that create change,” he said. “It’s when we’re visible that we have the power to create empathy through the way we tell stories. Being black and gay and out and being in this position and speaking from where I get to speak from is the change. I hope that young queer people of all colors can look at me and know that they can.”

“I wasn’t having a whole lot of luck crossing over from theater into film and TV,” Porter told The Times earlier this year. “[There were] lots of dismissals, dismissive energy surrounding what I do, what I bring, whatever. But a few years prior, I started looking at the landscape and going, ‘Well, who would get me? Who’s in the show running position that could get me?’ And Ryan Murphy came up, and I just went — Ryan Murphy, and started typing him in my journal, started saying him in my prayers — so when the phone rang, and they said, ‘Ryan Murphy, Pose, and it’s set in the LGBTQ ballroom culture,’ I just started laughing.”

The second season of the drama wrapped up last month on FX.