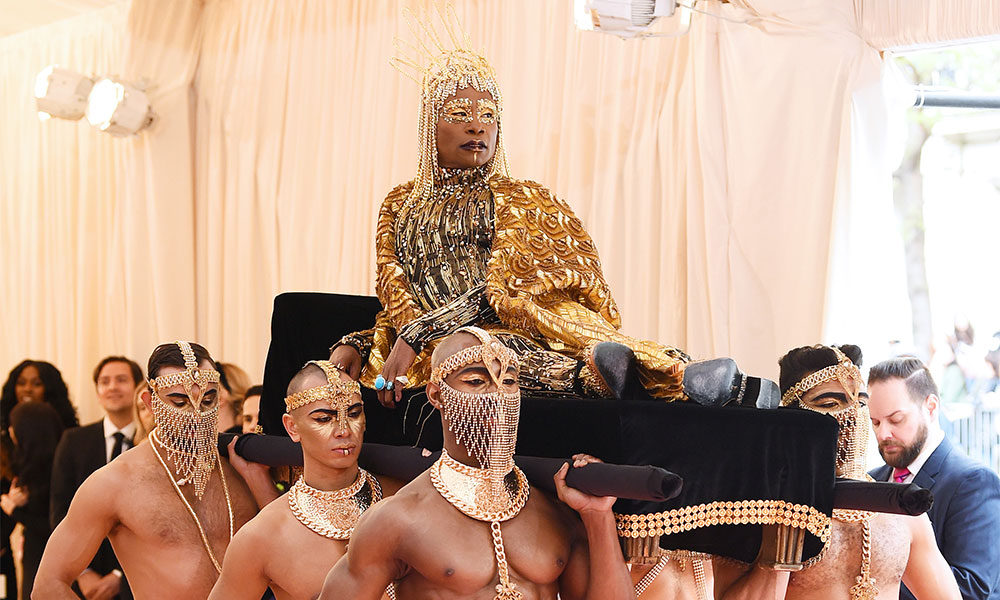 Related | Why Men’s Fashion Should Embrace Skirts and Dresses

After stepping onto the carpet, Porter spread his wings and posed for the cameras.

The Pose star is no stranger to dominating a red carpet and is especially fond of a dramatic cape. In a recent interview with New York Magazine‘s The Cut, he explained he hired stylist Sam Ratelle to upgrade his style.

“I went and dropped so much money at Rick Owens,” he said. “That was the beginning for me: the Rick Owens platform boot. There’s femininity inside of it, but there’s also a strength to it.”

“My authenticity was a liability for me for a long time. And I got used to it. I got fine with it, whatever that was,” he added. “But I got to a place where I had to tell it. We cannot be silent. That’s what I learned from Pose, my friends, and that era. I had to be honest. I had to be real.”