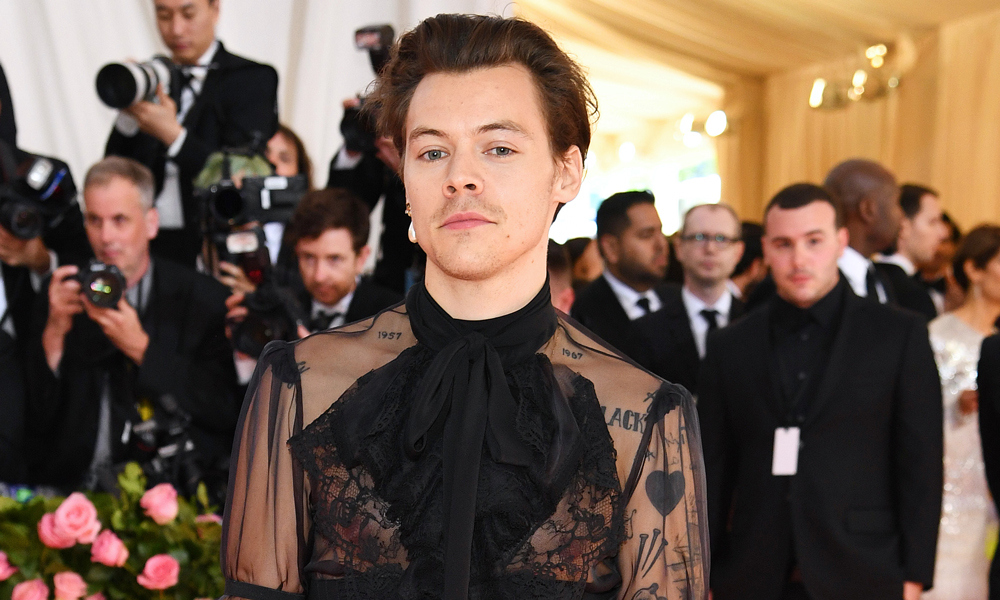 Harry Styles appeared on the red carpet in a queer and sheer ensemble.

Harry Styles made his debut at this year’s Met Gala. He acted as one of the co-hosts beside other prominent figures such as Anna Wintour, Lady Gaga, Gucci’s Alessandro Michele and Serena Williams.

For his debut at fashion’s most prominent event, the 25-year-old musician hit the red carpet in a Gucci ensemble featuring a sheer black top and lace detailing. The look highlighted his many tattoos and bare chest. The former One Direction star finished his look with high-waisted black trousers, heeled shoes and a single pearl earring.

As a face for the Italian house, which sponsors the Met Gala, it’s no surprise Styles selected the designer to dress him for his evening. In a “Go Ask Anna” video, Wintour prophesied Gucci’s prominent presence on the red carpet. The Vogue visionary said she was one of many who “are looking forward to something that is daring and fearless and colorful and different, and no doubt it will be Gucci!” 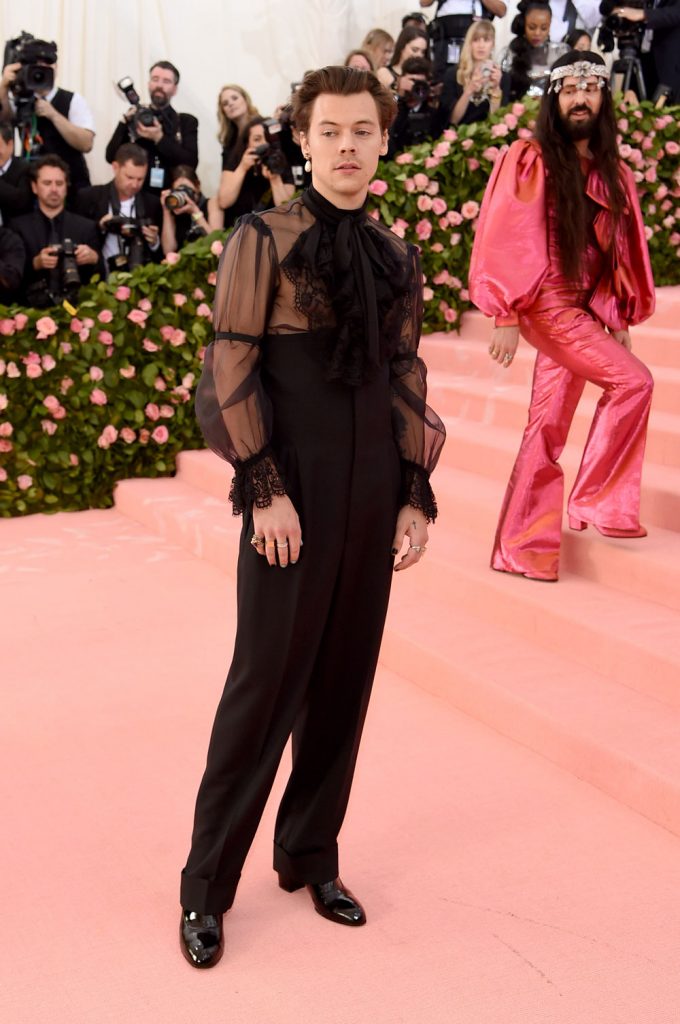 Michele shared a moment to Instagram Story that featured Styles sporting teal and black nail polish on his hands with “H” and “S” rings on his left hand.

Photo by Dimitrios Kambouris/Getty Images for The Met Museum/Vogue