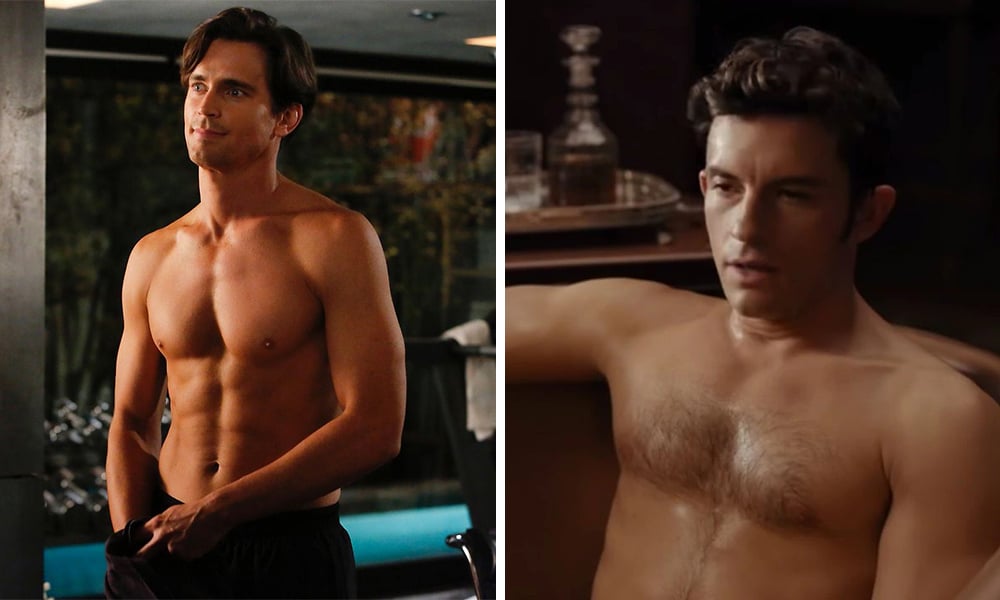 See Matt Bomer and Jonathan Bailey Make Out on the Beach

Fall is quickly approaching, but summer isn’t over just yet. It seems the season still has a lot more to offer—as evidenced by the recent pictures of Matt Bomer and Jonathan Bailey floating around. The saucy photos capture the actors as they film their upcoming miniseries and all of gay Twitter re-upped their Showtime subscriptions.

Both out gay actors are cast as lovers in the historical drama, based on the best-selling novel by Thomas Mallon. The book follows Fordham graduate and devout Catholic, Timothy Laughlin (Bailey) and his unexpected love affair with State Department official Hawkins Fuller (Bomer). The story follows the couple from the ’50s during the height of the Lavender Scare, to the AIDS crisis in the ’80s.

What better way to build anticipation for the miniseries than pictures of the stars frolicking gayly among the waves? If these pictures of them are anything to go off of, the show is sure to be a gay epic. This is the kind of marketing a gay can get behind. We’re not alone in that assessment either.

This is an emergency pic.twitter.com/g3K6dJLnXV

As you can expect, Twitter heavily memed the reaction, therefore archiving it into the annals of gay history.

this will be my heartstopper 2.0 https://t.co/iJ4boyPTht

Bailey is well-known for his role as the gorgeous but tempered Viscount Anthony Bridgerton in the beloved Netflix series, Bridgerton. Bomer made a name for himself after starring in projects like Magic Mike, The Normal Heart, and American Horror Story. Now audiences must prepare to see Matt Bomer and Jonathan Bailey play lovers spanning four decades.

Fellow Travelers is coming Showtime in the U.S. in 2023.

See Matt Bomer and Jonathan Bailey Make Out on the Beach