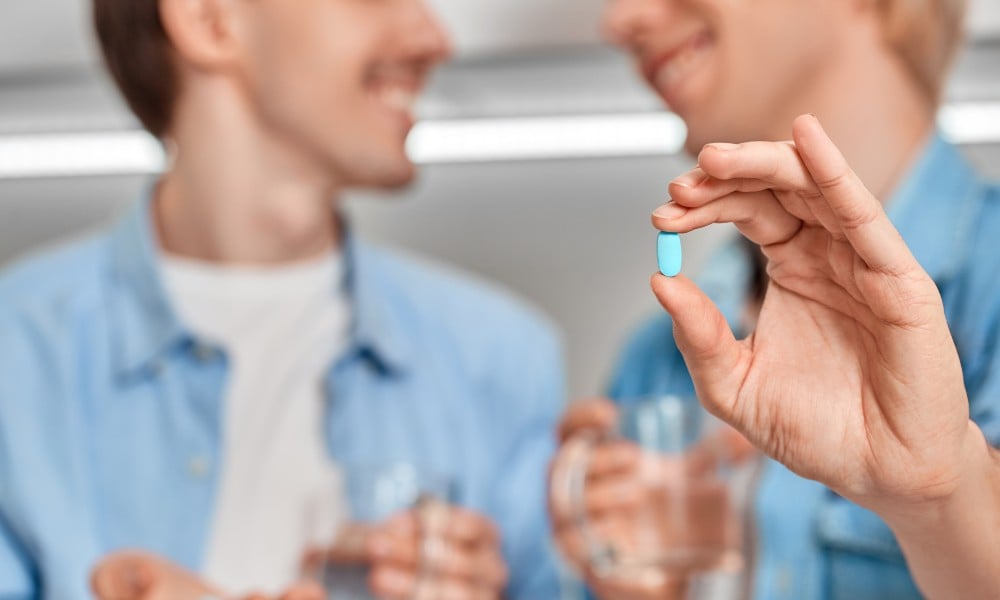 Do Straight People Use PrEP to Prevent HIV?

Pre-exposure prophylaxis (PrEP) is a medication that can prevent HIV infection. It is currently the most effective form of HIV prevention. However, marketing efforts for the drug have historically been targeted toward men who have sex with men. For that reason, a recent study first reported by Yahoo! showed that, compared to LGBTQ+ people, straight people rarely used PrEP.

The gap in messaging for the heterosexual community

In 2020, 22% of new HIV cases reported by the Centers for Disease Control and Prevention were in heterosexual individuals. For the first time in a decade, the United Kingdom reported more new HIV cases among heterosexuals than LGBTQ+ people.

Perceptions that HIV is a “gay disease” have played a role in the struggle to broaden the message for HIV care and PrEP. This stigma has contributed to low rates of medication uptake by the heterosexual community.
“I believe there is stigma attached to PrEP that unfortunately keeps straight/cisgender people from accessing it at the rates this population should,” Dr. Monica Gandhi, MPH, tells Healthline. “The CDC estimates that 1.2 million people require pre-exposure prophylaxis in the US, but fewer than 25% are taking it.”

Despite the gap in PrEP knowledge among the heterosexual community, we can take steps to improve this situation. Tele-PrEP services and the new federal budget to cover PrEP for the uninsured can make the medication more accessible.

Additionally, educating clinicians and young people on HIV and the benefits of PrEP can help combat the stigma.

“The troubling CDC statistics means we have to redouble our efforts to reach heterosexual, cisgender women and men with our PrEP messaging. In fact, two of the biggest PrEP trials that led to the approval of PrEP were in heterosexual couples,” Dr. Gandhi says.

Nearly 1 in 7 people living with HIV are unaware of their status. Getting tested and considering PrEP can help individuals stay safe and protected.

Do Straight People Use PrEP to Prevent HIV?