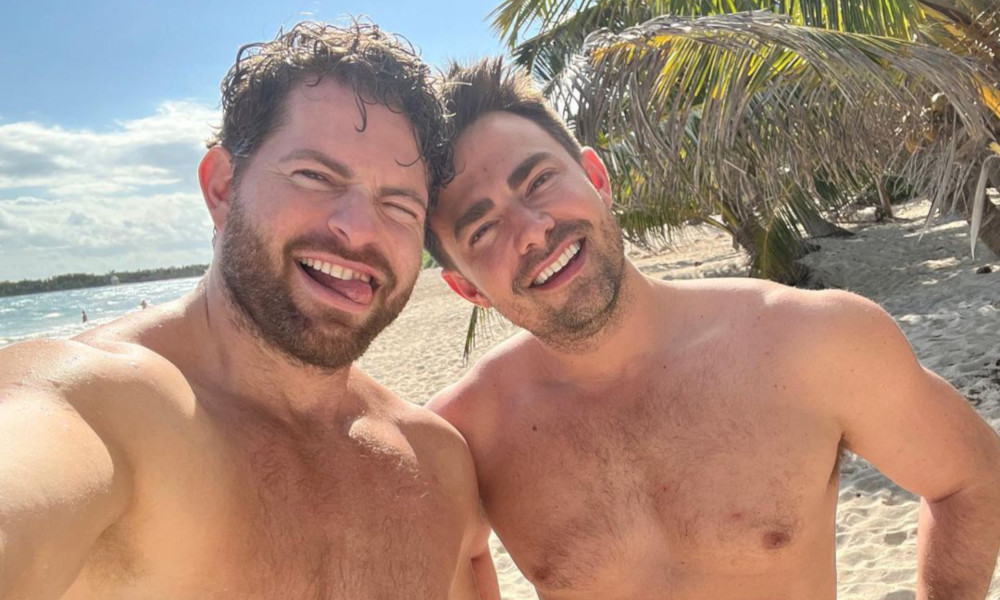 In honor of Jaymes Vaughan’s new reality TV series, actor Jonathan Bennett is giving everyone a slice of cake. And by that, we mean showing off his hubby’s bubble butt on his main Instagram feed.

MTV announced a new series called The Real Friends of WeHo, a reality show about “a select group of friends living, loving and pursuing their passions in the West Hollywood community.” Vaughan is one of six LGBTQ+ celebrities leading the series.

In celebration, Bennett posted a sneaky video highlighting his partner’s backside (because why not?). “Congrats to my husband on his new show,” the Mean Girls actor wrote on top of the clip. The clip zooms in on Vaughan, sporting a tight pair of grey slacks with a black t-shirt tucked in. Look at all that cake!

Related | Shawn Mendes Buzzed Off All His Hair

Bennett and Vaughan tied the knot back in March of 2022 after dating for five years. The two met when Vaughan interviewed Bennett for his show, Celebrity Page.

“I walked into The Grove to do an interview with the guy from Celebrity Page,” Bennett previously told The Knot. “I had never heard of him before, but when I saw him setting up to do the interview, I thought he was the most beautiful man I’d ever seen. I ran to the bathroom to fix my hair.”

They shared their heartwarming engagement video in 2020, where Vaughan performed an original song for Bennett in their backyard.

When he’s not showing off his cute husband, Bennett is working with The Hallmark Channel to bring more inclusive movies to their long list of rom-coms. He recently starred in The Holiday Sitter, the network’s first queer-led movie.

You can see Vaughan alongside Brad Goreski, Todrick Hall, Curtis Hamilton, Dorión Renaud, and Joey Zauzig when The Real Friends of WeHo premieres on January 20 after RuPaul’s Drag Race.