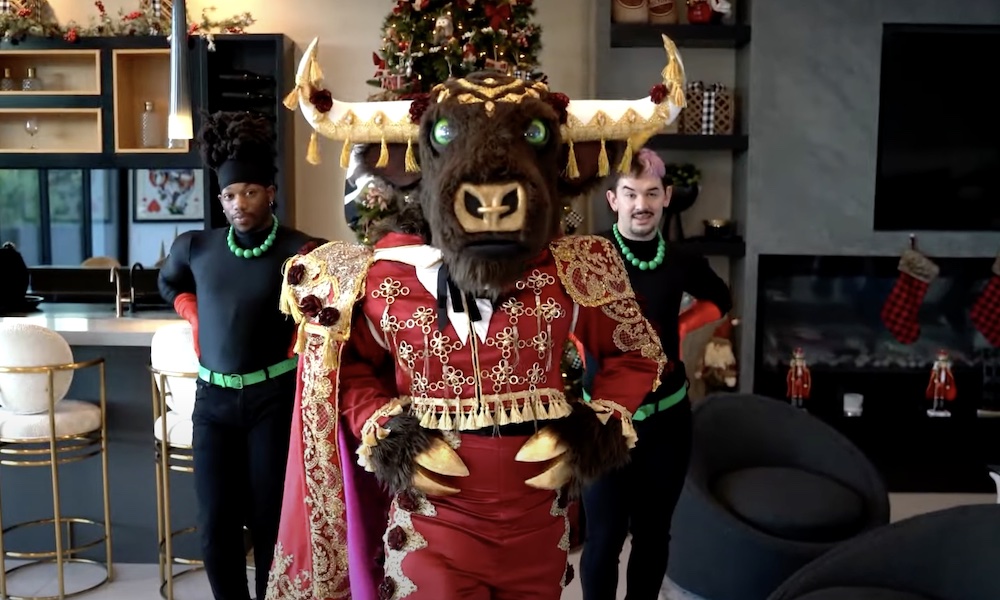 Todrick Hall Finds Courage Behind a Mask – “The Masked Singer”

“I’m just sitting in my closet soaking up the energy,” singer-songwriter and The Masked Singer finalist Todrick Hall told Gayety in a virtual chat on Thursday morning.

“I feel so much love coming from the internet, and my phone has been blowing up. People are just so excited, and it’s so awesome to finally be able to talk about my run on The Masked Singer.”

If you haven’t watched Wednesday night’s finale of Fox’s The Masked Singer, you might want to close this tab immediately. Now that we mention it, stay away from the internet for a while. After a fantastic sixth season of the beloved singing competition, the show has finally revealed the identities of the final two contestants. They are the Queen of Hearts and the Bull.

Taking the crown is “Who Will Save Your Soul” singer-songwriter Jewel Kilcher, known simply as Jewel. Jewel performed under the Queen of Hearts stage name. The second-place spot went to the Bull, who we now know is LGBTQIA+ singer-songwriter and choreographer Todrick Hall.

What was Hall’s biggest fear about appearing on The Masked Singer?

Hall is no amateur when it comes to working the stage. From performing in several Broadway productions like “Kinky Boots,” “Waitress,” and “Chicago,” to being a semifinalist during the ninth season of American Idol, to touring his own studio albums, Hall has experience being in front of a live audience. But the artist said his performances on The Masked Singer were like nothing he had ever done before.

“So if you have a bad show, only those, you know, couple thousand people that were there that night can live to tell the tale. But on The Masked Singer, if you mess up, I mean the world is going to see it. So it was a cool challenge, but I enjoyed the adrenaline rush that I got from it.”

After being unmasked at the end of the season, Hall said being inside the mask on the show gave him courage. “I’ve faced a lot of fears on this show,” he told the judges.

“I’ve never been very confident in my voice,” Hall told Gayety. “It’s always been raspy even since I was a kid. I’ve always had a raspy singing voice. I think that I have learned to embrace that and not run away from it and just use that to my advantage. And I think being the Bull has helped me just gain a whole new confidence about my singing because at the end of the day, it isn’t a dance competition, and if I didn’t sing well, I would not have progressed as far as I did. So, I am happy about that, and I think that’s the thing I’m going to take with me in the next chapter of Todrick-ness.”

Related | ‘Queer Eye’ Is Going International With a German Spin-Off

What’s next for Todrick?

Another thing Hall is planning to take with him in this next chapter is his Bull costume! “I collect tons of costumes from every Broadway show that I’ve ever been in, to Broadway musicals that I’ve never been in.”

Hall is the proud owner of Idina Menzel and Kristin Chenoweth’s original “Wicked” costumes. So when it came to his Bull costume, he knew he had to have it. “I was very adamant (…) about how badly I wanted the costume,” said Hall. “Thankfully they made an exception for me and allowed me to take it home.”

Hall recently released his newest album, “Femuline,” and is kicking off a world tour in March 2022.

Todrick Hall Finds Courage Behind a Mask – “The Masked Singer”