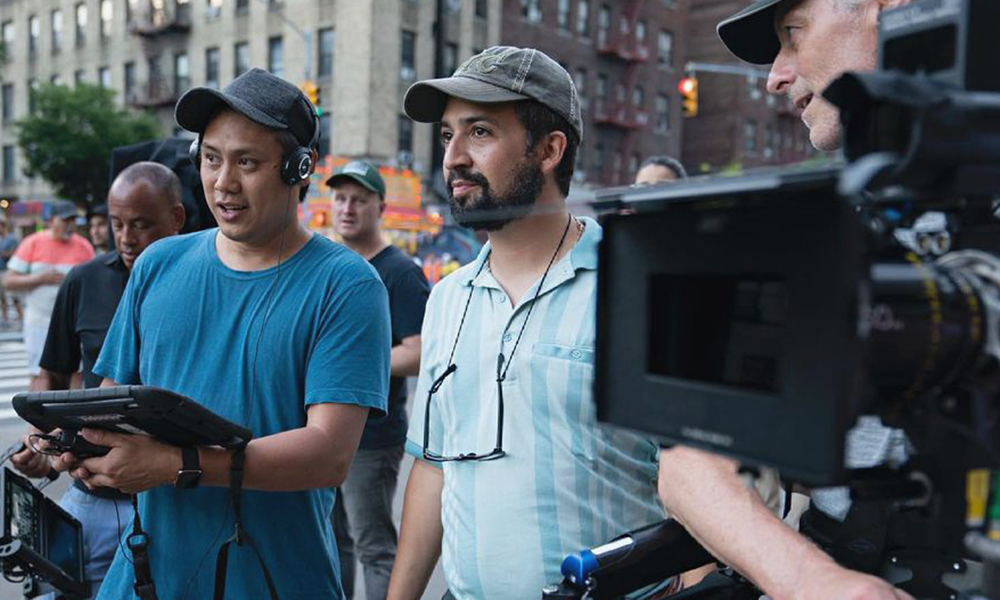 Lin-Manuel Miranda opened up about his newest project, In the Heights.

Based on the Broadway production with lyrics and music by the award-winning writer, composer, lyricist, and actor Lin-Manuel Miranda, In the Heights is the hottest musical film of the summer. The film adaptation will transport you to Washington Heights, NY for a cup of coffee, a lottery ticket, and a spectacular dance number.

Gayety editor Caitlynn McDaniel sat down with the cast and creators to discuss filming in New York City, authentic representation, and a few new queer characters.

“Really it’s nothing more dramatic than Daniela and Carla, the women who co-owns the salon, we just send them home together at the end of the night.”

In the original stage production, Daniela and Carla do not have a romantic relationship. But after Camila Rosario was taken out of the film adaptation, the creators wanted to make sure there was a healthy family dynamic still in the show. Miranda credits the change to the screenplay writer, Quiara Alegría Hudes, who chose to make Daniela and Carla a couple.

“It was a relationship that was already strong and already wonderful in the stage version of the show and we just kind of canonized that relationship and made them life partners in addition to business partners.”

Miranda also joins his costars Jimmy Smits and Gregory Diaz IV to chat about New York and the deeper meaning behind the location of the film.

Directed by Jon M. Chu, In the Heights is available in theaters and on HBO Max today!