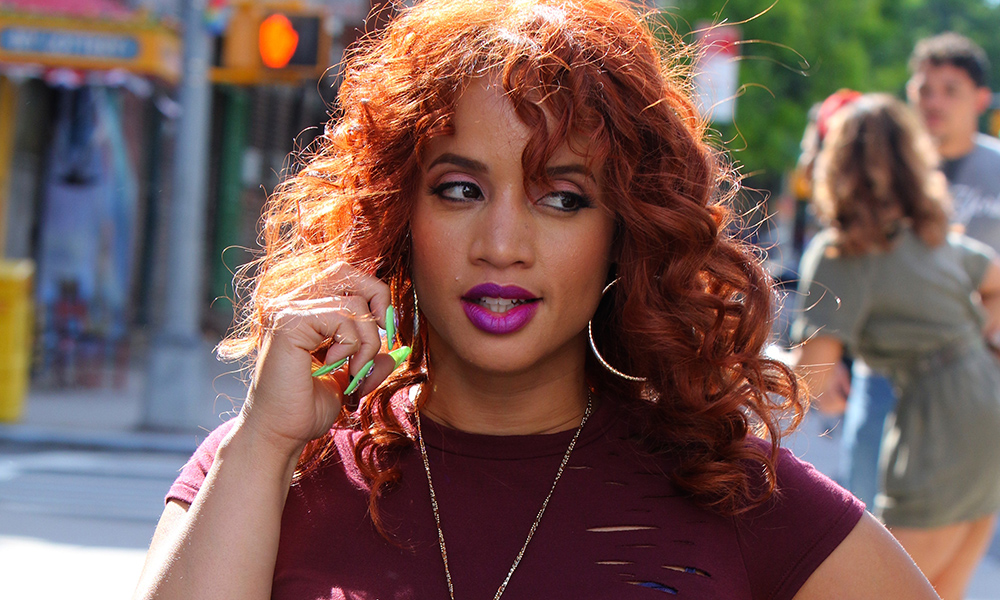 How In the Heights, which tells the inspiring story of a Latinx community in Washington Heights, NY, went from the Broadway stage to the big screen.

Dascha Polanco took on her first musical role in the musical In the Heights as Cuca, a woman who works in the salon alongside Daniela (Daphne Rubin-Vega) and Carla (Stephanie Beatriz).

“It was very validating and I’m very honored and humbled to play Cuca respectfully,” Polanco said. “Not just a salon girl but a woman, a matriarch of the community. Because that’s what the salon girls I feel like represent.”

This is Polanco’s first role in a movie musical. She said the role challenged her and pushed her outside of her comfort zone, but ultimately it forced her to grow as an artist.

“You only limit yourself. And being a part of In the Heights where the story is about dreaming, about community, about celebration, I was able to feel comfortable and say it starts here. Later on, you continue, you evolve and you grow. It takes practice. It takes courage.”

In the Heights is a groundbreaking film for the visibility it gives the Latinx community and the beautifully diverse cast that brings the story to life.

“This is not just a film. It’s not about actors checking boxes off and just being diverse. This is pivotal, it’s important, it’s significant, it’s necessary.”

Watch the full interview with Polanco below and watch In the Heights in theaters now or on HBO Max.