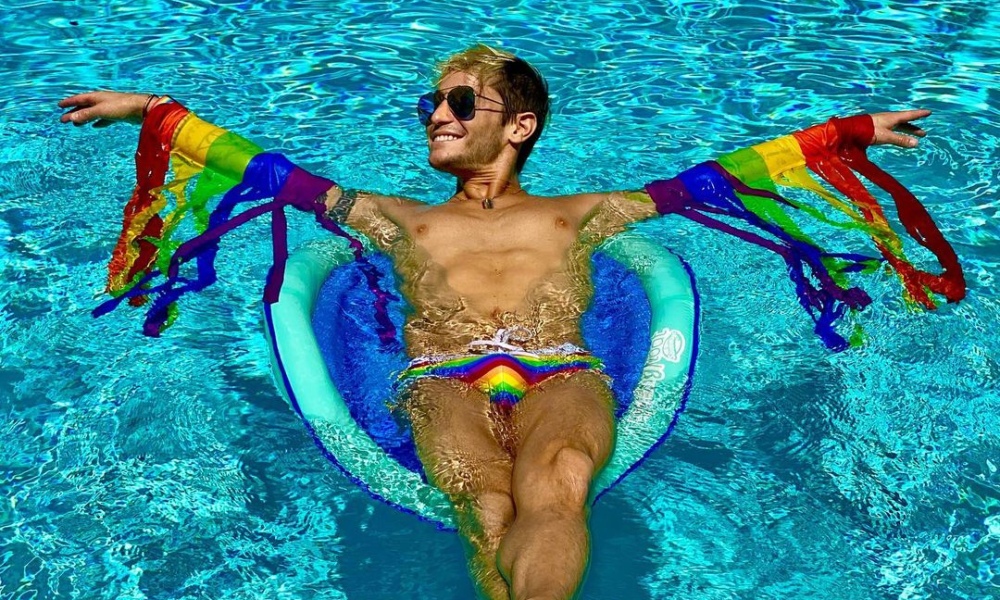 Actor, singer, and YouTube personality Frankie Grande fiercely competed on season 16 of the reality competition show Big Brother. Ultimately he finished in fifth place. But Frankie said something even better came from his time on the show.

In a chat with the podcast Behind the Velvet Rope, Grande said he believes his place on Big Brother exposed the world to a different kind of gay.

“Big Brother has done a very good job of casting a very certain type of homosexual on that show every single season,” he said. “They’re the meek, conniving, kind of backseat, like scheme-y gay and they want that.”

But Grande said he did not follow in the footsteps of his predecessors. While on the show, he favored a more bold and brash strategy. In Grande’s words, he was a “beast player.”

Grande credits this strength and assertiveness to be the characteristics that set him apart from the queer players in all previous seasons.

Grande said his impact extends beyond fighting a stereotype. He was touched by the encounters he had with viewers of the show and the influence they said he had on their families.

“People come up to me and they’re like, you know, my family accepted me as gay when I came out to them because they saw you on Big Brother. And I was like, that’s unbelievable.”

He credits the decision to put him on the show to his reputation and social media following.

“They were so obsessed with the fact that they were going to get a YouTuber and a personality on their show for the very first time. I was the first influencer to ever be on Big Brother. They kind of let the fact that I wasn’t that type of gay go.”

The actor’s season aired in 2014 and Grande acknowledges the many changes the media industry has gone through in those six years. LGBTQIA+ representation has increased across the film and television industry. But Grande said more diversity is still needed, especially in leading roles in cinema.

“We need to change that and we need to continue to give the world different types of queer characters so that it’s not pigeon homed into one kind of genre.”

The full episode of Behind the Velvet Rope featuring Grande can be listened to here.