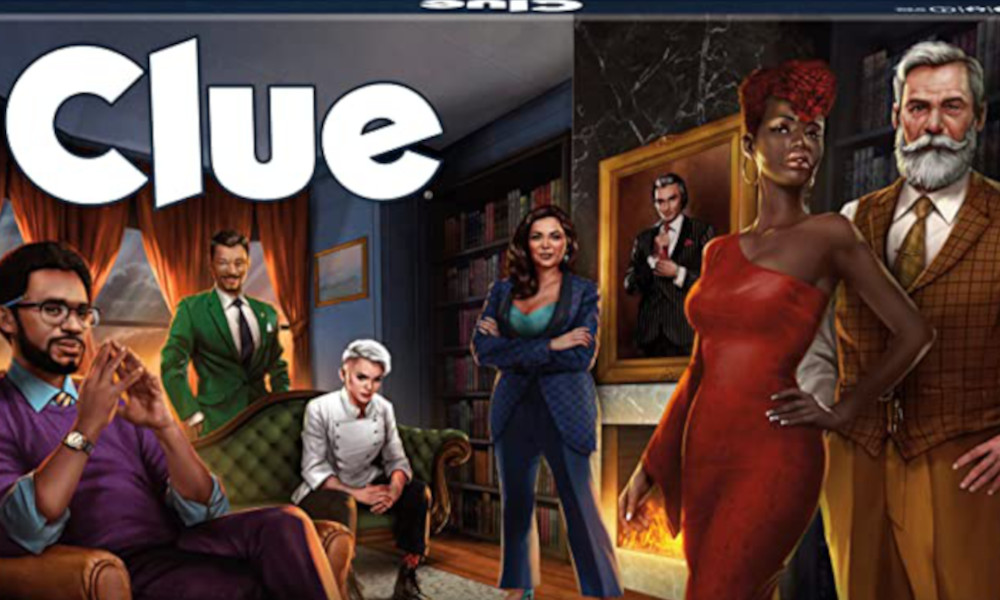 Hasbro has given the old Clue board game a modern-day makeover, and Twitter can’t decide which new character is hotter.

Someone: “What’s your sexuality?” Me: *Drops Clue on the table*

Hasbro could not have picked a better time to rebrand one of their popular board games: Clue. The true crime genre has been more popular than ever recently. In addition to the numerous podcasts that entertain us during our morning commutes, film and television have also released modernized versions of classic whodunnit stories like the Knives Out franchise and adaptations of Agatha Christie novels. Netflix also released a record-breaking series about the notorious serial killer Jeffrey Dahmer. But that’s not what gay Twitter is excited about.

Earlier this week, Hasbro released a new version of the 1940’s board game Clue, with a sexy new slue of suspects. On the box, gamers will see a twist on the classic characters, like the new and improved Chef White, Mayor Green, and Solicitor Peacock. According to Twitter, Chef White is officially our new gay icon. “I look forward to a new generation of kids pointing to Chef White as their sexual awakening,” one user wrote.

“This Clue murder mystery game is beautifully reimagined with a dazzling cast of characters, luxurious setting, and fresh storyline,” reads the product details.

The story is much like the original. Six guests arrive at the Black mansion, where they discover a sinister blackmail scheme. But when their host is found dead, they must scramble to figure out who did it, with what weapon, and where.

There are a lot of unanswered questions in this game, but the bigger question online is, “where can we find a Miss Scarlet in real life?”

Wait, they came out with Clue: Bisexual Panic edition? https://t.co/yGiKGrQ5Be

I did not receive a review copy of Clue, so I cannot confirm whether “Stepping on Me” is now a potential weapon. Gonna presume so until stated otherwise.

The new Clue game is now available at Walmart and on Amazon. Who is ready for a game night?