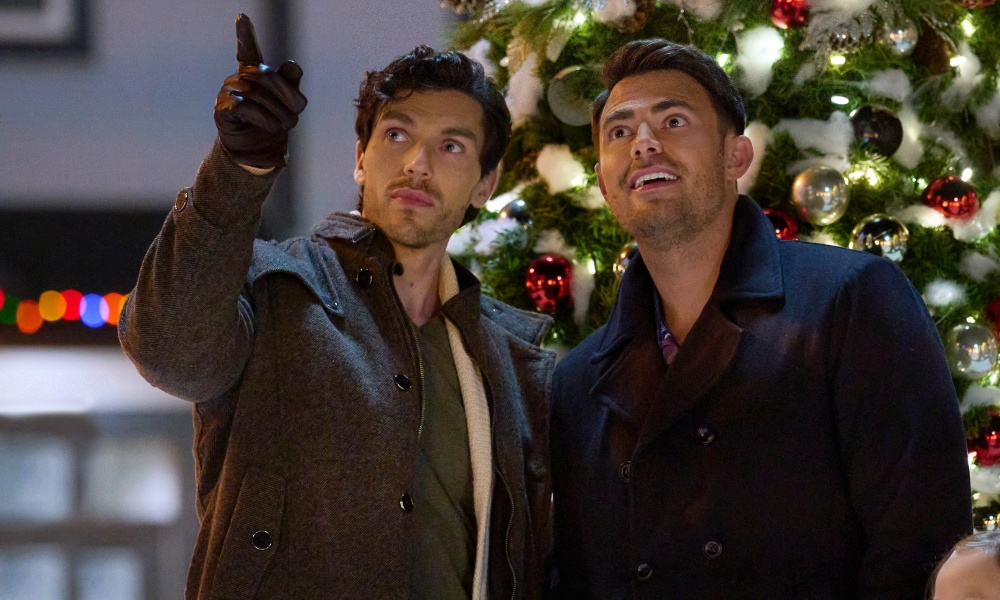 Hallmark Finally Has a Leading Gay Couple in a Holiday Movie

The Hallmark Channel is finally announcing the gay holiday movie we’ve been waiting for.

The network is known for its cheesy, feel-good rom-com movies that are a guilty pleasure for many of us. Over the last few years, Hallmark has risen to the occasion and added LGBTQ+ characters and storylines to their movies like Mix Up in the Mediterranean, The Christmas House, and Wedding Every Weekend. This year, the network announced a new holiday film to their lineup with a leading LGBTQ love story!

The Holiday Sitter follows a character named Sam, who is tasked with babysitting his niece and nephew before the holidays. He ultimately recruits help from their handsome neighbor Jason and finds himself in an unexpected romance. It sounds perfectly sappy and queer to us!

The film will star Mean Girls alum and Hallmark regular Jonathan Bennett as well as Chelsea Hobbs and George Krissa. This is not Bennett’s first queer Hallmark project. He plays Brandon Mitchell in the Christmas House one and two. The films show Brandon and his husband Jake on a journey to adopt a child.

Will 2022 Make the Yuletide Gay Again?

However, this is the only queer holiday movie on our 2022 watch list (so far!) 2020 gifted us Happiest Season and Dashing in December, while 2021 saw Santa dropping Single All the Way and Under the Christmas Tree into our stockings. We’re still hoping 2022 will have just as many (if not more!) great LGBTQ+ holiday movies for us to binge. So far, Netflix, Disney+, and Lifetime have not delivered.

But one thing that we do know is that we’ll be watching the premiere of The Holiday Sitter on December 11. The only person more excited about the movie than us is Bennett, who gushed about the groundbreaking film on Instagram.

“The Holiday Sitter” will make history as the first Leading Gay Couple in a Hallmark Christmas movie EVER!” he wrote alongside a photo of the holiday movie lineup on Variety. “Words can’t describe what it feels like to have Executive Produced and starred in such an incredible story that will mean so much to so many!”

He went on to thank Hallmark for its “leadership and executives” who “not only believed in this story but took such good care of it championed it wholeheartedly.”

Hallmark Finally Has a Leading Gay Couple in a Holiday Movie