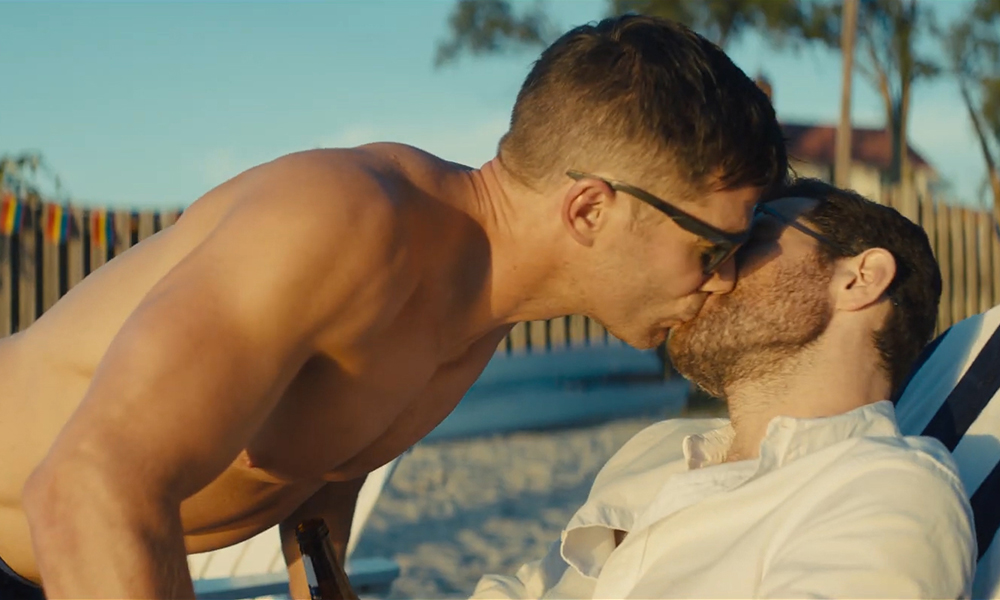 The Steamy Scene Luke Macfarlane Shot Down in ‘Bros’ Movie

The film follows two men with commitment problems as they attempt a relationship.

There are reportedly multiple steamy scenes in the upcoming queer romantic comedy Bros, which stars Luke Macfarlane and Billy Eichner. But one suggestion by Eichner was deemed too far for his costar.

MacFarlane spoke with Variety about the movie and said all of the love scenes were filmed with an intimacy coordinator on set.

“We had an LGBT coordinator so they were familiar with the language that might be a little bit different,” he said. “It’s like any scene with any actor, you figure it out with your scene partner; what you’re going to be comfortable with, and I’ve always been really comfortable with Billy. Comedy is funny that way, because you want to push it a little bit.”

Comfortable or not, there’s one thing Macfarlane was unwilling to do with Eichner. At least, not for the cameras.

“I think there was a moment when he was like, ‘Shall we spit on each other?’ and I was like, ‘Nope, nope,'” he added. “So, that was something I decided.”

Foursomes? Yes. Spitting? No. The scene would have appeared after the two were wrestling (making out) in the park. You can see a snippet of that scene in the Bros trailer.

Macfarlane also admitted to using Grindr (the app also has a fairly big role in the film). “It’s all very scary,” he confessed.

Luke Macfarlane Speaks on His Coming Out Journey

The Brothers & Sisters star came out as gay in 2008 to a Canadian newspaper.

“When I mentioned [coming out] to my agent at the time, what I heard back was, ‘You know you don’t have to do that,'” Macfarlane told Variety. “And I was like, ‘Ah, wow. They don’t want me to do this.’ There were not a lot of people that had come out at that point. It was before Neil Patrick Harris. It was before Zachary Quinto and Matt Bomer.”

Macfarlane has appeared in multiple Christmas films for the Hallmark Channel over the years but says his current project will likely be his last.

“Hallmark gave me jobs for a long time. And not only just the gay best friend — they let me be a leading man. I’m always going to be very grateful to them for that.”

See Macfarlane and Eichner in the groundbreaking rom-com coming to theaters on September 30.

The Steamy Scene Luke Macfarlane Shot Down in ‘Bros’ Movie