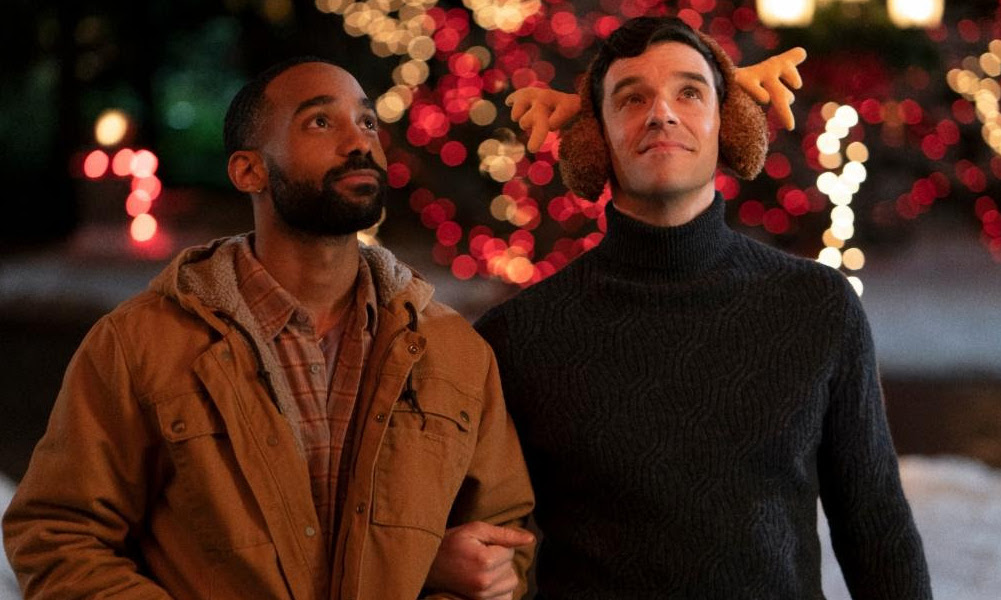 It’s the most wonderful time of the year.

Not just because it’s the holiday season, but because there’s plenty of queer holiday movies and shows coming out this season. So grab your fuzzy socks, a blanket, and some hot cocoa and get ready to watch!

Single All The Way (Netflix)

Single All The Way is Netflix’s first gay holiday romcom! According to the official description, the film follows Peter, who is “desperate to avoid his family’s judgment about his perpetual single status.” Above all, it’s packed with stars, including Michael Urie, Philemon Chambers, Luke MacFarlane, Jennifer Coolidge, and Kathy Najimy. Single All The Way hits the streaming service on December 2.

The Hallmark Channel is gearing up to release The Christmas House 2: Deck Those Halls. Mean Girls alum Jonathan Bennett and Brad Harder, reprise their roles as husbands as the town works to celebrate Christmas. The original movie was the first time one of Hallmark’s iconic Holiday movies prominently featured a same-sex couple. The Christmas House 2: Deck Those Halls will premiere on December 18 at 8 p.m. ET/PT on the Hallmark Channel.

With Love is a Prime Video mini-series that tells the stories of the Diaz family during different holidays throughout the year. The series features LGBTQ+ storylines, including a story about a gay couple and a trans love story. The show’s description reads, “Each of the five episodes, set during a different holiday throughout the year, follows Lily (Emeraude Toubia) on her transition from being newly single to caught in a love triangle with two sexy suitors (Desmond Chiam, Rome Flynn).” “Brother to Lily, Jorge Jr. (Mark Indelicato) introduces his new boyfriend Henry (Vincent Rodriguez III) to the family for the first time on Christmas Eve/Nochebuena, and the Diaz’s cousin, Sol Perez (Isis King), balances a potential blossoming relationship with their coworker Dr. Miles Murphy (Todd Grinnell).” Fans can tune in to With Love on Amazon Prime Video on December 17!

If you decide to watch any of the projects listed above, make sure your feline friend doesn’t knock over your decorations while you’re doing so!

Check out the video below to see how to keep your cat away from the tree!