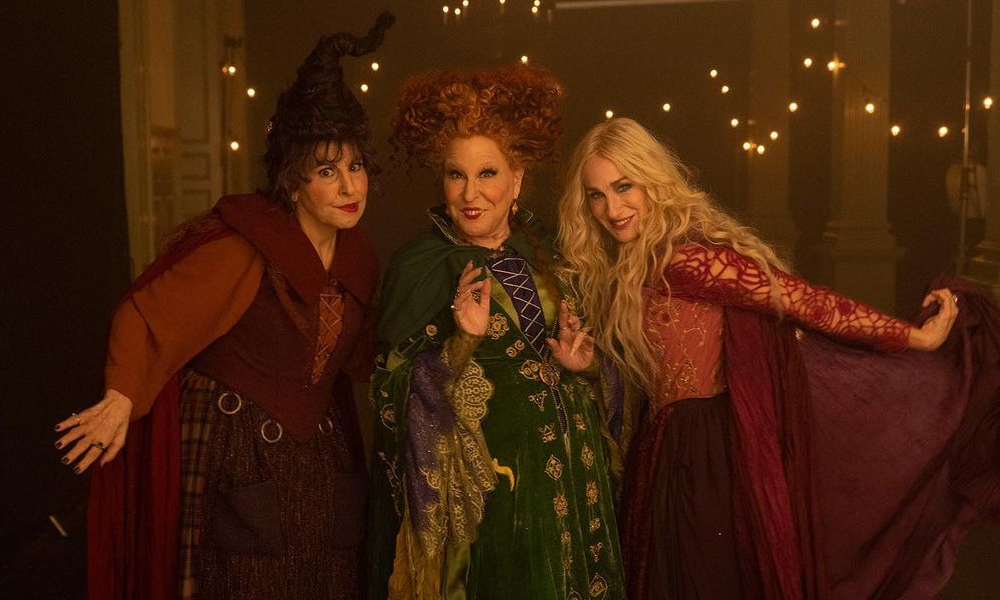 In a video shot by Hocus Pocus 2 fans, Winifred and the Sanderson sisters perform their new musical spell.

According to new plot details released by Disney, the new Hocus Pocus will pick up 29 years after a young virgin named Max (Omri Katz) lit the Black Flame Candle and resurrected the three 17th-century sorceresses. Winifred (Midler), Sarah (Parker), and Mary (Najimy) are out for revenge and find themselves back in Salem in the present day. It’s up to three teens, Becca (Whitney Peak), Cassie (Lilia Buckingham), and Izzy (Belissa Escobedo), to stop the Sanderson sisters.

Related | Garrett Clayton Covers ‘I Put a Spell on You’

The cast and crew have descended upon Rhode Island to work their Disney magic and shoot the film, and they probably should have kept the filming locations a secret. Hocus Pocus enthusiasts have flocked to the film sets with their phones at the ready to capture secret magical moments.

One video, in particular, shows the witches performing their latest soon-to-be hit spell song, “One Way or Another”, originally cast by Blondie. From what we can tell from the clip, it appears that Winifred, Mary, and Sarah crash a costume contest at the Salem Scare Fest and perform their infamous “Ah Say Ento Pi” encantation.