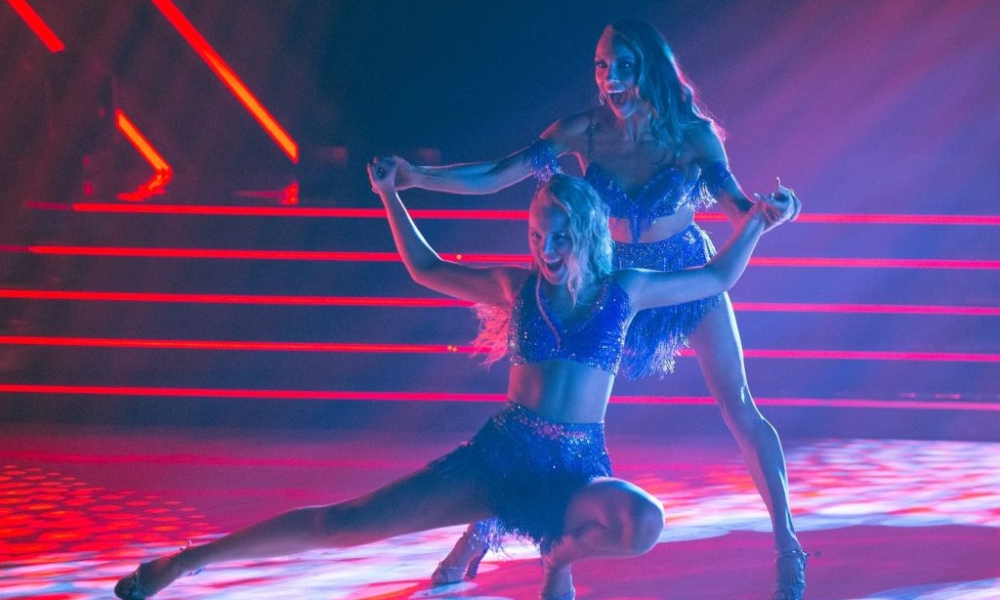 JoJo Siwa and Jenna Johnson are Headed to the ‘DWTS’ Finale

Throughout their time on this season, they have earned high praises. At one point, judge Derek Hough said the duo performed “the best contemporary dance we’ve ever seen on the show, ever.”

Ahead of the finale, Siwa took to social media to let fans know why DWTS is important to her.

“DWTS has been my grandma and grandpa Siwa’s favorite show for as long as I can remember, a few months ago my grandpa passed away suddenly,” she shared on Instagram.

She dedicated her semi-finales performance to her late grandfather saying, “we are dancing to honor him.”

While Siwa and Johnson are in the lead heading into the finales with 80/80 points, their competitors are not far behind.

Kloots has been called the “the most consistent dancer” of the season.

Judges have also celebrated Shumpert’s ability to overcome his staggering height difference with his partner. Hough said Shumpert “debunked the myth that it’s impossible to have a beautiful frame with that height difference.” The judge added, “There’s a reason why [ he has ] come the furthest than any other NBA player, ever.”

Meanwhile, judge Len Goodman praised Rigsby for his improvement following his battle with the coronavirus earlier this season. Goodman told Rigsby, “The first four weeks of the show, you got a 6 from me and, when I watched this, you have come so far.”

Fans can tune in to the Dancing With The Stars season finale next Monday at 8 p.m. ET on ABC to see who takes home the mirror ball!

JoJo Siwa and Jenna Johnson are Headed to the ‘DWTS’ Finale