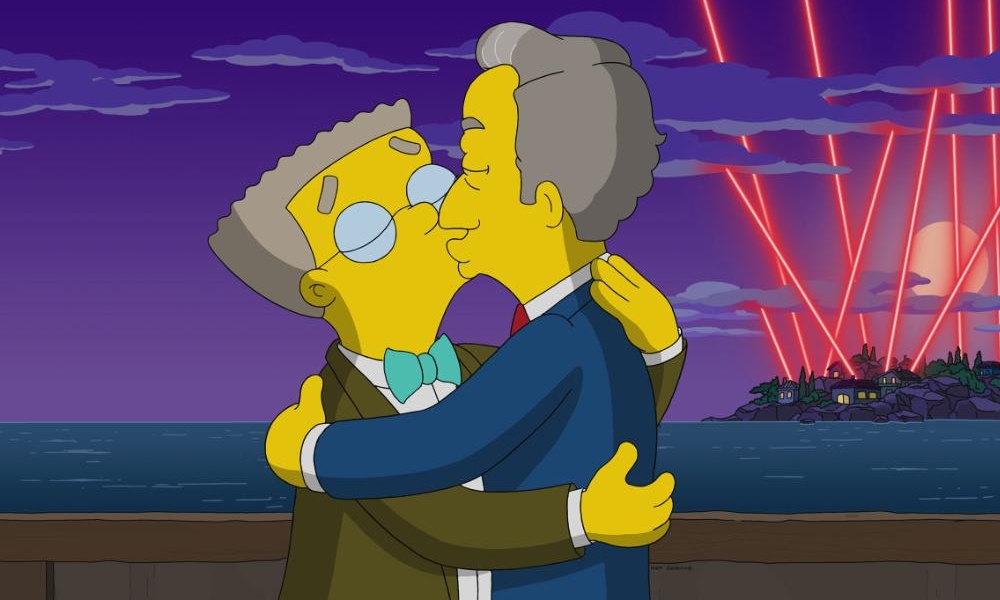 It looks like Waylon Smithers Jr., the assistant to billionaire Montgomery Burns on The Simpsons, might find his fairytale ending.

Smithers, who is gay, is set to explore a same-sex relationship in an upcoming episode of the long-running animated Fox series.

Longtime series writer Rob LaZebnik and his son Johnny LaZebnik wrote the episode “Portrait Of A Lackey On Fire,” which is set to come out November 21st. The episode’s synopsis says, “Smithers finds true love with a famous fashion designer, but will his new relationship destroy Springfield?”

“What I think I was really excited about, with this episode, we get to see — without spoiling too much — the beginning, middle, and who knows how it ends of a gay relationship, of really getting into the nitty-gritty of how gay people date, how they meet, what it’s like,” Johnny LaZebnik told the New York Post.

“So often, gay romances are a subplot or alluded to or shown in some kind of montage or as a punchline,” he admitted. “That was really special to me to get to highlight characters who are not punchlines, who are fully formed.”

Garber says it’s “crucially important that these stories are acknowledged.” He added playing a gay character “​​brings back certain feelings I had as a young actor where I couldn’t be gay.”

He also said voicing Graaf “was kind of a reminder of how much things have changed and also how I’ve evolved.”

Smithers came out in an episode in season 27 after years of showrunners alluding to him being a part of the LGBTQ community. Either way, we’re just happy Smithers is finally finding love!

You can tune in to The Simpsons on Sundays at 8 p.m. on Fox.