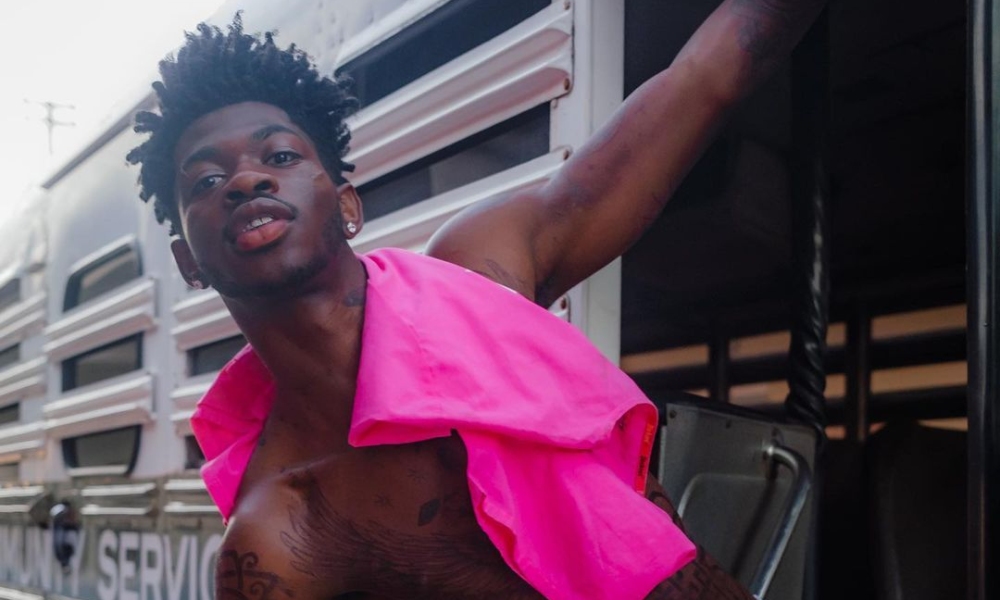 Lil Nas X is GQ‘s Musician of the Year after his wildly successful year.

He had eleven songs from his debut album, “Montero,” simultaneously land on the Billboard Hot 100 chart. In an interview with GQ, the 22-year-old out rapper said the music industry is “very hyper-masculine,” but he believes a shift is finally happening.

“I do feel like this newer generation of rappers who are coming in, and the ones who are here, are going to have to reshape their thoughts,” he said.

Although Lil Nas X has experienced hate online because of his sexuality, he still sympathizes with those against the LGBTQ+ community.

“I feel bad for DaBaby,” he admitted. DaBaby was removed from numerous lineups, including Lollapalooza, after he made homophobic remarks at Rolling Loud Miami in July.

At the time, Lil Nas X’s dad, Robert Stafford, slammed DaBaby on his Instagram story saying, “Bruh sit down, you had your time.”

The “Montero (Call Me By Your Name)” artist said his father, who is now an avid LGBTQ+ ally, took some time to warm up to his sexuality.

“I feel like my relationship with my dad is closer now, but growing up, it just wasn’t there as much. Nothing where I felt like I could open up to him or anything. I think he probably definitely had his moments of ‘He’s definitely gay’ or something. Also, because I wasn’t willing to open up about that.”

When he first started, he said he was much more reserved than the out there, risk-taking artist we have come to know and love.

“When I came into the music industry, I never wanted anything about my family life or home life to be out there,” he noted. “But then, as the pandemic was going on, I was kind of thinking, We’re all human beings. We all have similar experiences. I’m sure there’s somebody out there with the exact same situation as me.

Now, he says he’s proud to support what he calls the “gay agenda.” “It’s just acceptance of gay people,” he said. While critics view him trying to normalize being gay as a bad thing, he says, “You know what? Yeah. That’s actually what I’m trying to do.”