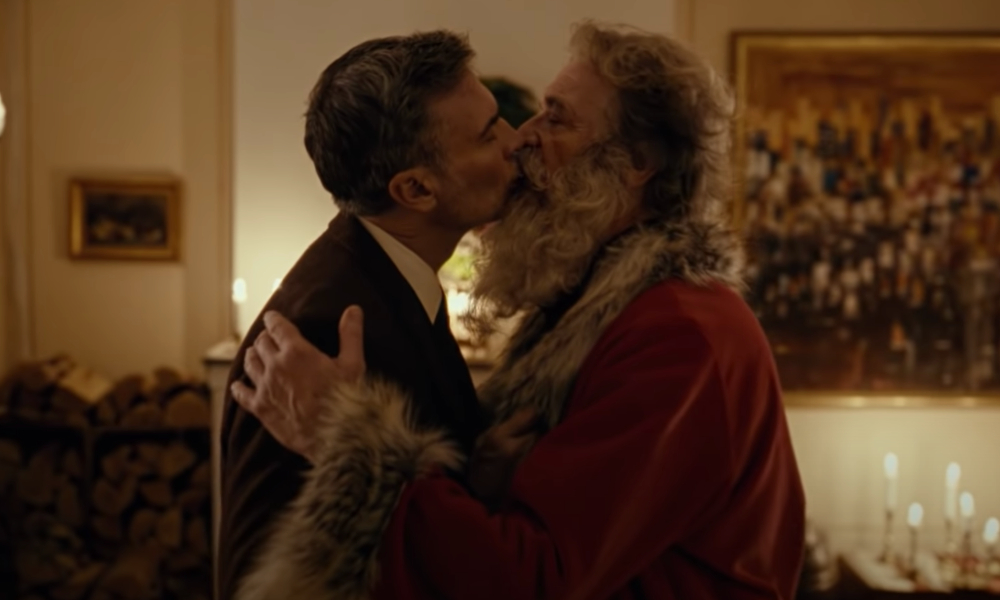 A couple of years ago, Norway’s postal service, Posten Norge, started producing an annual holiday commercial, and it’s grown into a highly-anticipated festivity. Following in tradition, Posten released its 2021 advert, which immediately sparked conversation online. In celebration of the 50th anniversary of the decriminalization of homosexuality, the organization opted to tell a story of a man falling in love with Julenisse (aka Santa Claus).

Sadly, there are no subtitles in the nearly four-minute ad, but the story isn’t hard to follow. It starts with one man’s lucky encounter with the one and only Julenisse, and the two have an immediate connection.

Harry’s infatuation grows until he eventually confesses his emotions in a letter he sends to the North Pole. Thanks to Posten Norge, Santa receives the letter and can spend a little extra time with Harry; enough time to share a kiss.

The caption at the end reads, “In 2022, it will be 50 years since it became legal to love whomever you want in Norway.”

In an interview with the marketing magazine Kampanje, Oda Rygh of Norwegian LGBTQ organization FRI explained the commercial’s message. “For many of us, Christmas is a time we spend with those we love, and it’s nice to see the Norway Post show that love belongs to everyone, regardless of orientation, age, or whether you live at the North Pole,” Rygh stated.

Most of the reactions have been kind and supportive. One YouTube commenter wrote, “This needs a ‘Tissues Alert.’ It’s so beautiful. Thank you.” Another penned, “I think I’m going to have to learn Norwegian! This was amazing!”

A one-minute version of the advert was subsequently released and it’s equally magical.