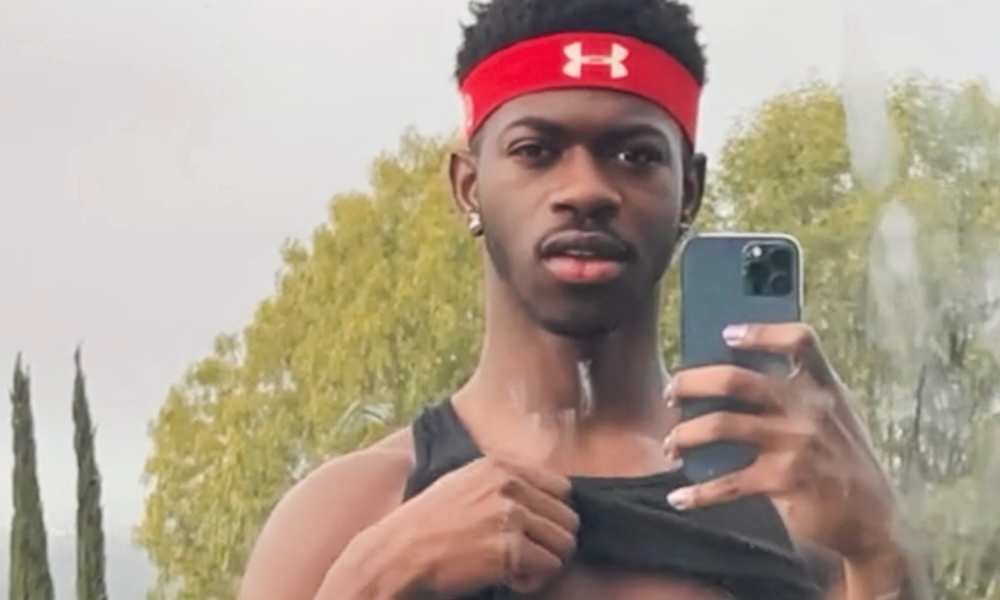 Lil Nas X kicked off his week with a dirty mirror selfie that sent his fans into a frenzy.

Taking to Twitter, 22-year-old rapper Lil Nas X shared a seven-second video showing off his abs in a mirror selfie. When we published this article, the tweet had already garnered thousands of Likes and ignited quite a conversation in the replies.

And, it’s pretty clear why his fans are in a frenzy.

i hate when my mirror gets dirty smh pic.twitter.com/vKDaFfle5R

This event isn’t the first time the Grammy Award-winning artist broke the Internet last month. When Nas X announced he was “pregnant” with his highly-anticipated debut album, MONTERO, his fans went bonkers.

me and my team have set up a “baby registry” for many charities if you guys would like to donate.
🦋💕https://t.co/mS7fvRsExo pic.twitter.com/7asfGJ2udG

“Creating this album has been therapy for me,” he said in a statement. “I’ve learned to let go of trying to control people’s perception of who I am, what I can do, and where I will be. I’ve realized the only opinion of me that matters is my own.”