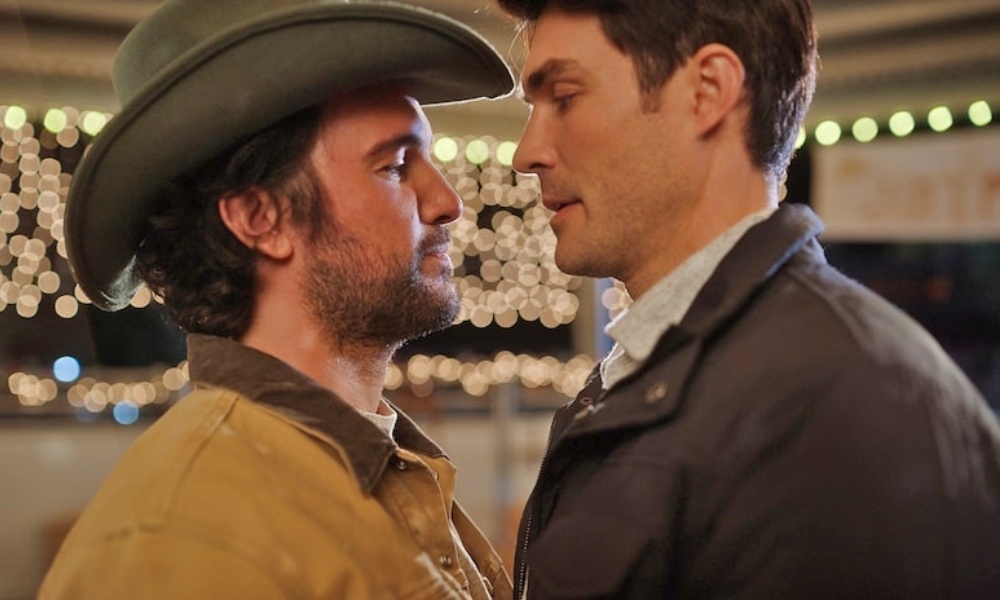 There was even a gay cowboy Christmas romance coming from Paramount Network. 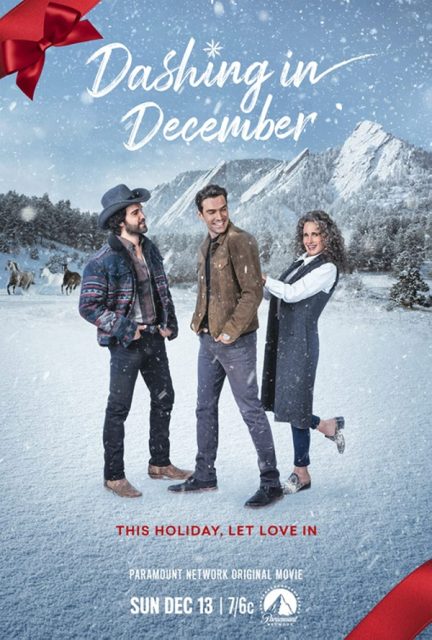 What Is Dashing in December?

In Dashing in December, New York City investor Wyatt (Peter Porte) returns home for the holidays to convince his mother, Deb, played by Andie MacDowell, to sell her farm. When he arrives, Wyatt meets a handsome ranch hand, Heath (Juan Pablo Di Pace), working on the property, which doubles as a holiday attraction.

In true holiday-movie fashion, the men have instant chemistry. We’d be willing to bet Wyatt changes his mind and decides his mother should keep the ranch. He’ll then leave the Big City to move home and live his happily ever after with Heath on the farm.

The Argentinian-born Di Pace opened up to OUT about what it was like to be queer on screen as an out actor. “It’s a weird mixture of freedom and Oh, f***. You’re like, Oh, I’m kissing a boy and this is what I usually get turned on by in real life, and at the same time, you’re nervous because you’ve never allowed yourself to be that free in that setting.”

Di Pace went on to say, “I have played gay twice before but this is the first time that I’m doing a love story and it just opens up a whole can of worms for me. This film was very therapeutic.”

Dashing in December had a fairly decent Audience Score on Rotten Tomatoes. The film landed at 64%, which is pretty darn good for a made-for-TV holiday movie.

Watch the jolly holly trailer below and watch Dashing in December on Amazon.