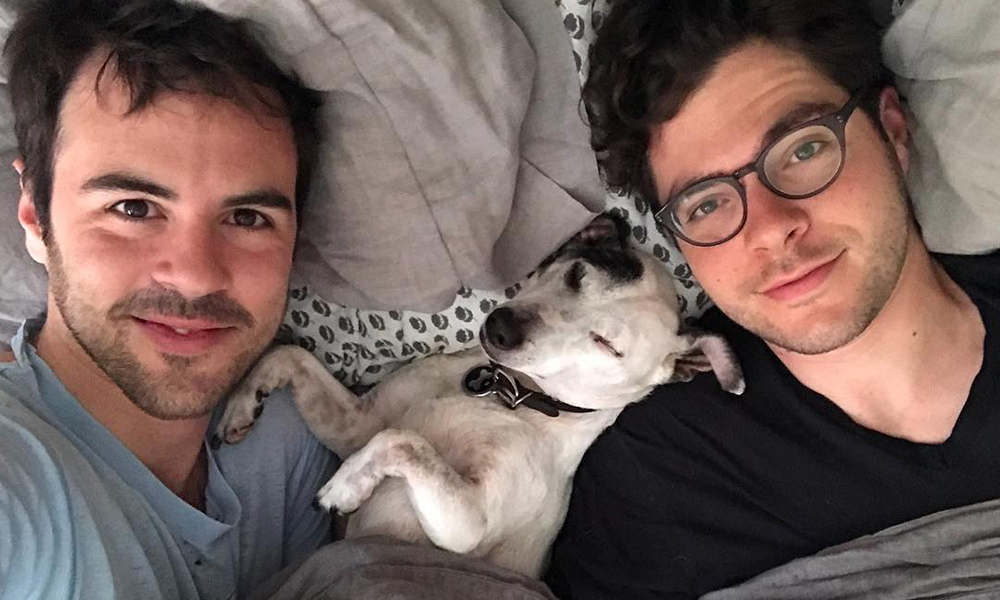 It looks like we’ll be finishing off 2020 right because this year Christmas is gayer than ever! Earlier in the year, Lifetime announced 30 movies for the holiday season as part of its annual “It’s a Wonderful Lifetime” block, including some that are serving a bit more diversity.

‘A Christmas Set Up,’ follows Hugo, a corporate lawyer in New York heading home for the holidays. There his mother has been secretly planning to set him up with his high school crush, Patrick. It all goes according to the plan until Hugo faces a tough decision — accept a big promotion in London or remain in Milwaukee.

Lewis and Lee first met a decade ago in the bathroom at Grauman’s Chinese Theatre in Hollywood at the premiere of ‘Scott Pilgrim vs. the World,’ which costarred Lewis. Lee was attending with his ‘Parks and Rec’ co-star, Aubrey Plaza. After the encounter Lee jokingly told his friend, “I just met the man I’m going to marry — at the urinal.” It doesn’t get much gayer than that.

After three years of long-distance, Ben moved to LA to be with Blake. The couple now lives together with their puppy Todd.

This news comes one year after the widespread criticism Hallmark Channel drew following the removal of a commercial by wedding registry Zola that featured a same-sex couple. Hallmark made this decision after pressure from One Million Moms (no surprises there).

This move drew so much criticism that former Hallmark CEO Bill Abbott was pushed out in January. In an interview with Out, Crown Media’s George Zaralidis said the network is in “active negotiations” to feature LGBTQ+ storylines, actors, and characters this year.