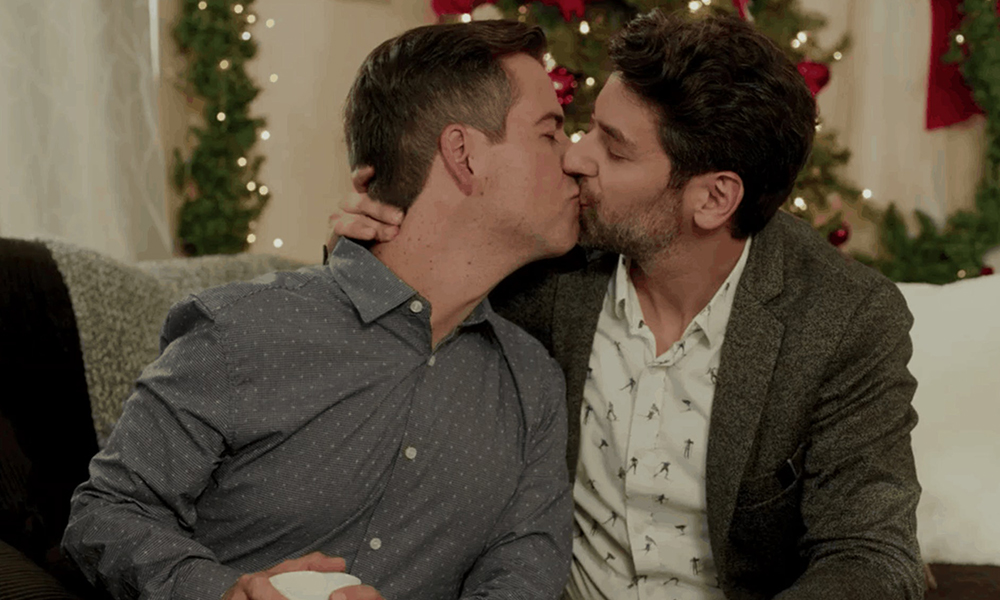 We haven’t made it out of the fog of this COVID-laden summer, and yet the holiday talk has already begun. I promise it’s good news. This year Lifetime, not Hallmark, will be making the Yuletide gay.

Love them, hate them, or love to hate them, Lifetime will be featuring an LGBTQ romance at the center of one of its holiday movies this year. Blowing right past the fact that marriage equality has been the law of the land here for over seven years now, this move will be a first for the network.

Lifetime has slated 30 movies this holiday season as part of its annual “It’s a Wonderful Lifetime” block. This year they’re serving a bit more diversity.

We will feature 30 new movies including new titles #SugarandSpiceHoliday, which is Lifetime’s first holiday movie centered around a Chinese-American family and #AChristmasSetUp, the network’s first movie with a LGBTQ romance as the lead story! pic.twitter.com/FRfLFi8Nbe

With a cast that includes disabled actress Ali Stroker, and executive producer credits going to Tiffany Haddish in a movie called ‘Christmas Unwrapped,’ the forecast for the season is predicting more representation than we’ve seen from the network to date. Something that hasn’t gone unnoticed in past years.

You might remember the widespread criticism Hallmark Channel drew last year following the removal of a commercial by wedding registry Zola that featured a same-sex couple. Hallmark made the decision after pressure from One Million Moms. No surprises there.

“The debate surrounding these commercials on all sides was distracting from the purpose of our network,” said a Hallmark spokesperson. “To provide entertainment value,” he continued.

This move drew so much criticism, rightly so, that former Hallmark CEO Bill Abbott was pushed out in January. In an interview with Out, Crown Media’s George Zaralidis said the network is in “active negotiations” to feature LGBTQ+ storylines, actors, and characters this year, but it appears Lifetime is first out of the gate.

The movie in question will follow Hugo, a corporate lawyer in New York heading home to Milwaukee for the holidays. There his mother has been secretly planning to set him up with his high school crush, Patrick. It all goes according to the plan until Hugo faces a tough decision. Accept a big promotion in London or remain in Milwaukee.

Will love win in the end? There’s only one way to find out. Mark your calendars, gays.