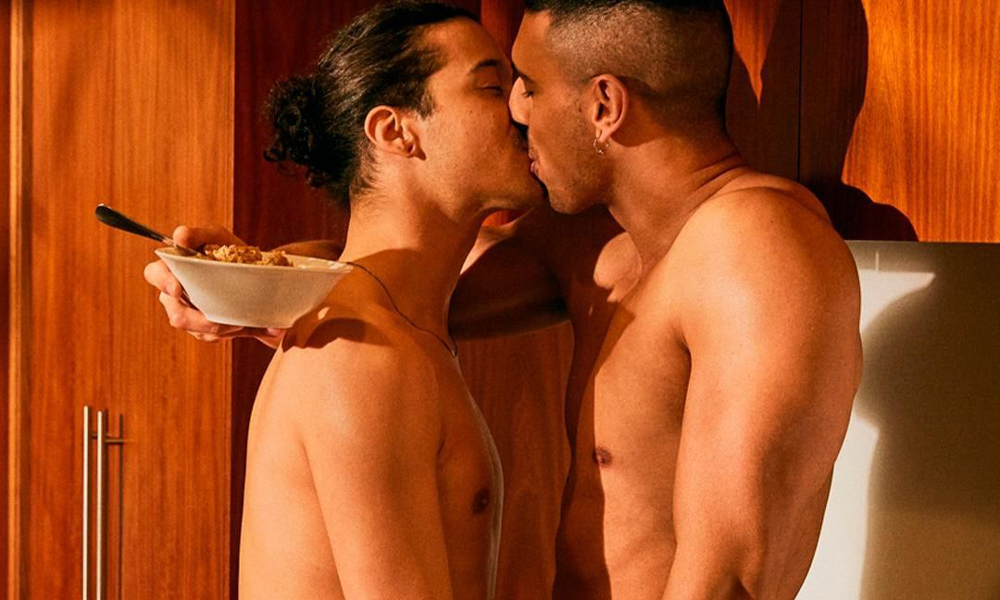 Bonds faces backlash for an ad featuring a same-sex couple.

The Australian underwear brand Bonds featured real-life gay couple Steve and Nick in a charming photo as part of their latest Christmas campaign. However, the post on social media prompted a heated discussion among followers.

The photo shows the two men kissing and hugging sporting the brand’s underwear, beside the caption: “It’s the little moments that make the Christmas season so special.”

Many followers called the images “beautiful” for celebrating same-gender love. Still, others took issue labeling it “inappropriate” or “offensive”.

“It’s an inappropriate picture doesn’t matter what [sex] the people are kissing; it would still be inappropriate if it were a man kissing a woman like that. [They’re] advertising undies, not sex,” wrote one disgruntled commenter.

Another added: “Firstly it’s CHRISTmas, not Xmas. Secondly, I am all about love, but this is a day when the lord savior was born. Remember that.”

A third noted: “If it was a man and woman making out it would be flagged inappropriate and too much, but the double standard of it being deemed appropriate because they’re gay … it’s too much.”

Emily Small, General manager of HANES Apparel, defended the photo. She stated that Bonds holiday campaign is about “celebrating the bonds that make the season and those are different for every individual.”

Small added: “We are a brand that celebrates all Australians, and we wish the couple featured in our social post along with everyone else an equally special and enjoyable festive season.”

A spokesperson for Australia’s Advertising Standards allegedly confirmed it had received five complaints about the campaign, which “are currently being assessed.”

Luckily, the comments were quickly overflowing with positivity, as members of the LGBTQ+ community showed support for the diverse ads.

“Love love love love love this. To me, it’s not even about Bonds ‘taking a stand’ or ‘making a statement.’ It’s just an ad depicting a couple wearing Bonds, having a smooch over brekkie. As simple as that,” said one fan.

A second penned: “Loving the diversity in a few Bonds ads lately. This might shock some people, but folks in the LGBTQ community buy underwear too!”

A third commented: “How many times have I seen ads with girls and boys in this exact position sometimes even worse. But because it’s 2 guys there’s a problem. Climb out of your holes; there are worse things out there.”