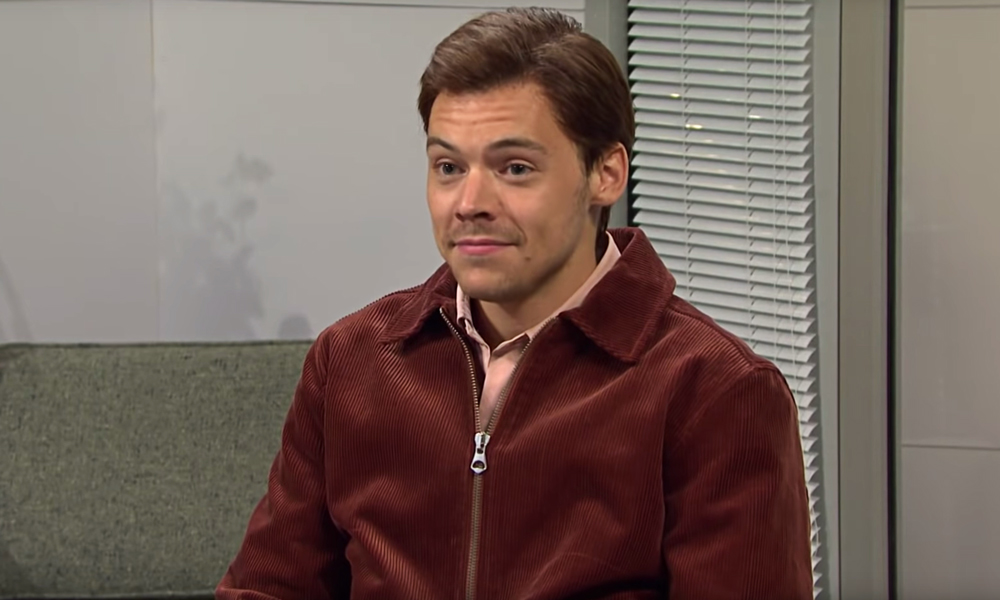 During his guest appearance on Saturday Night Live, Harry Styles hosted the show and took part in several sketches. In one, he played a funeral DJ, and in another, he referred to himself as “pig boy.” While those were funny, the sketch everyone is talking about starred Styles as a gay social media intern for the food brand Sara Lee.

Styles’ character was summoned into a meeting to talk about several off-brand posts and comments on the company’s Instagram account. One of the incidents involved commenting “wreck me daddy” and “destroy me king” on a photo of Nick Jonas.

After clarifying that he confused his personal account with the Sara Lee account, his supervisors (Cecily Strong, Bowen Yang) discussed other problematic posts, including a remark about “getting railed to death” that was left on a “random fashion twinks” post.

Watch the entertaining sketch below!