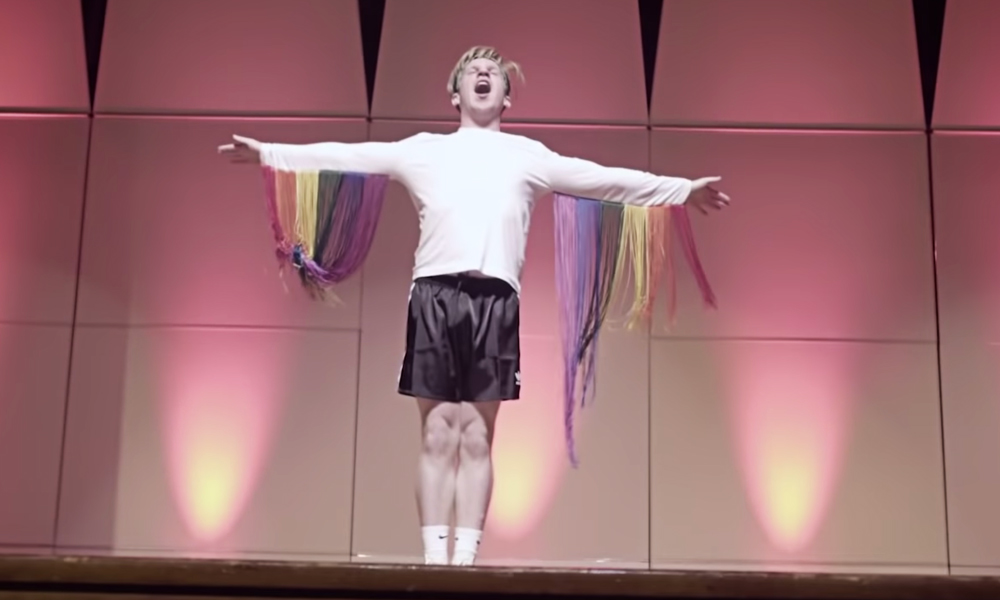 Student Comes Out to Christian University With Queer Lip-Sync

A student in Oregon went viral after coming out to his whole Christian university with a superb lip-sync to Taylor Swift’s “You Need to Calm Down.”

Reid Arthur and a few of his friends took to the for a lip-sync battle at George Fox University. The team performed a mashup of Taylor Swift’s “…Ready For It?” and “You Need to Calm Down.”

This man just came out to our entire private christian university at a lip sync battle to @taylorswift13 You Need To Calm Down, won 500$ and is donating all of it to @glaad & @TrevorProject #ThisIsProgress #LGBTQrights #LoveWins pic.twitter.com/veoAghMbGK

Although their “…Ready For It?” performance was epic, it was “You Need to Calm Down” that drove the audience wild with pride.

Tonight I helped one of my favorite people come out, and the love and joy that surrounded this moment is going to stick with me for the rest of my life. I’m so proud of you @reidoburrito95 ♥️🥰 https://t.co/Jor3kHQZed

Although we’re not sure whether or not Reid was out to some of his classmates before the performance, it’s evident he’s out to everyone now.

George Fox University is a Christian university nestled not far outside Portland, Oregon, which happens to be one of the most progressive cities in the United States. The university’s website clearly demonstrates their stance on same-gender marriage; they “hold the historic Christian position on this topic,” and believe marriage is between a man and a woman.

Regardless of the school’s stance on LGBTQ rights, Reid and his crew served a colorful serving of queerness with pride and energy.

After winning the university’s lip-sync competition, Reid and his friends pledged to give the winnings to GLAAD and The Trevor Project.

Seeing a standing ovation after @reidoburrito95 sang You Need to Calm Down at lip sync is making me EMOTIONAL🏳️‍🌈🏳️‍🌈🏳️‍🌈 this is the most affirmed I have ever felt at gfu pic.twitter.com/14ims8PdKx

Also, their courageous display of LGBTQ power energized the inspired school’s queer community to rebel against the university’s lack of tolerance.

Student Comes Out to Christian University With Queer Lip-Sync