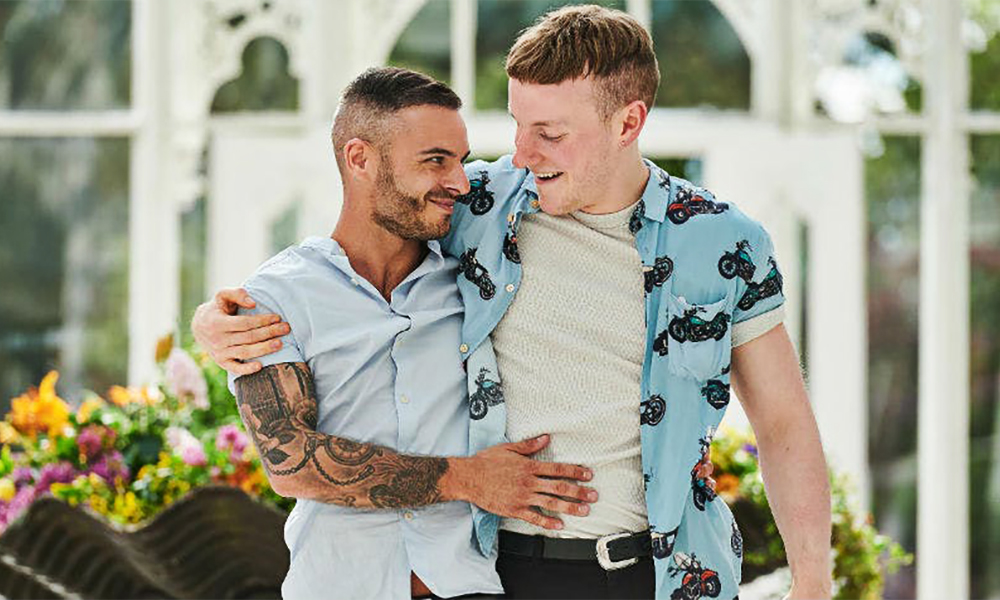 A video of two gay men dancing on their first date has gone viral.

Channel 4’s reality dating show Flirty Dancing is in its second season in the United Kingdom. The premise of the show is simple; two strangers are taught half of a dance routine, and then they perform it together when they meet for the first time. Flirty Dancing is basically a scene out of a romantic comedy.

In the second episode of this season, two gay men, Ryan and Garry, meet and immediately have fantastic choreographed chemistry.

Ryan, 25, is a wig assistant who admits he has “no luck on dating apps.” He continued: “There was one week where I had four dates planned, and I got stood up on everyone.”

Garry, 32, is a property manager from Scotland who wants a long-term relationship.

In the episode, choreographer and Britain’s Got Talent star Ashley Banjo showed Ryan and Garry a routine. Here’s what happened:

There’s a blind dating show where the couple are taught a dance separately and they perform it together when they meet for the first time 😭 IT’S SO BEAUTIFUL I’M IN BITS 😭😭😭 pic.twitter.com/K8uUiJLBPr

The video has been viewed more than eight million times on Twitter and has garnered nearly 200,000 Likes.

It’s safe to say the crowd went wild for the pair. Ryan and Garry already went on their second date and said that they feel so close; it’s as if they’ve always known each other.