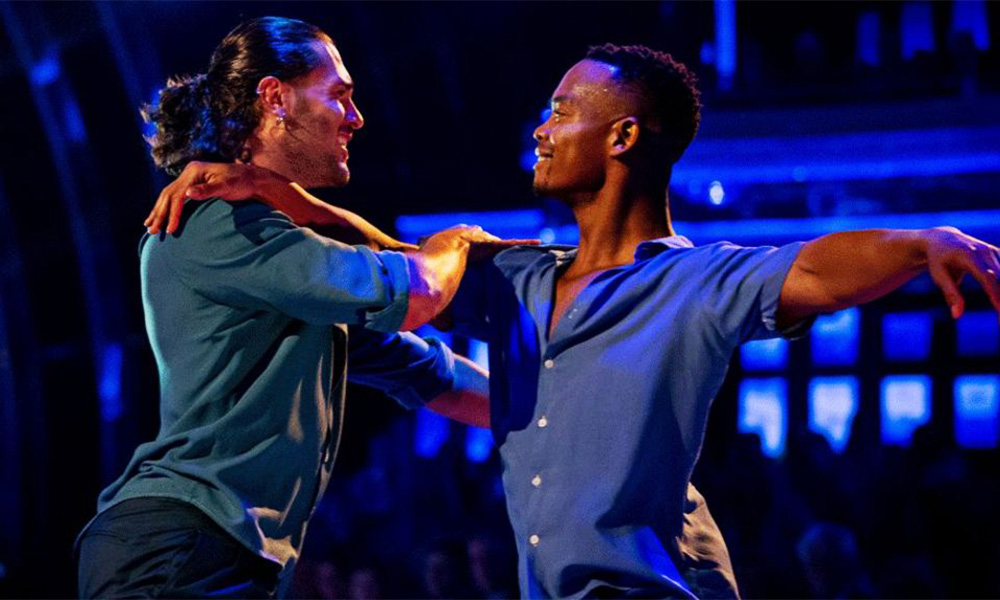 Over the weekend, dancers Johannes Radebe and Graziano di Prima made Strictly Come Dancing history when they performed to Emeli Sandé’s 2019 dreamy pop anthem, “Shine”. The performance was broadcast to millions of viewers.

In an interview with Hello Magazine, Radebe said: “I’ve never felt so liberated. For the first time in my life, I feel accepted for who I am. That says so much about the people of this country.”

He continued: “To be able to dance with a friend I respect and adore is joyous. There’s bromance galore between us, but there were no male and female roles, just free movement. It was beautiful, classy, and elegant.”

Later, Prima wrote on Instagram: “Our friendship is difficult to explain, we went through so many moments together that we can understand each other without saying a WORD. As I say to you most of the time: You will be part of my life FOREVER.”

Strictly Come Dancing fans celebrated the performance, with one tweeting: “It’s not very often that I would applaud the BBC but allowing same-sex dancers is progressive, inclusive & finally stepping into the modern-day. I think it’s bloody brilliant.”

Another wrote: “Watching two male dancers dance together on #StrictlyComeDancing for the first time has made both me and my 9-year-old daughter cry tears of joy.”
Earlier this year, former Strictly Come Dancing judge Arlene Phillips called for the favorite BBC show to let same-sex couples compete.

Watching two male dancers dance together on #StrictlyComeDancing for the first time has made both me and my 9 year old daughter cry tears of joy. Makes it more special knowing how @GrazianoDiPrima and @jojo_radebe are such close friends. They both looked so proud! #strictly

In an interview with the Radio Times, Phillips described how standard same-sex coupling is in professional dancing.

“It’s happening in the dance world,” she stated. “There are many same-sex couples in dance competitions; it just isn’t on the television. It’s common, and it’s not even thought about. It’s part of the dance, and it’s part of storytelling.”

Just before the launch of this year’s season, the BBC declared it was “completely open” to same-sex couples competing.