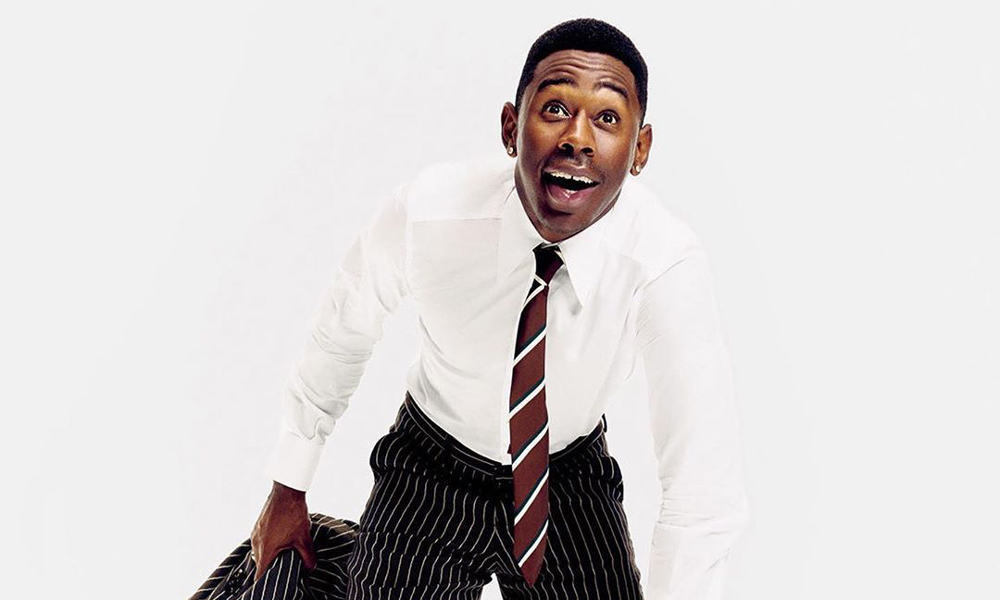 Tyler the Creator Talks Sleeping With Men in ‘GQ’ Profile

“Provocateur of the Year” is a fitting title for Tyler the Creator.

GQ featured Tyler the Creator in its 2019 “Men of the Year” issue as “Provocateur of the Year.” In his profile, he opens up about his music, career, his music, and the rumors swirling around his sexuality.

When explicitly asked about past encounters with men, Tyler answered, “I like girls. I just end up f*****g their brother every time.”

Per usual, it’s not apparent as to whether or not the 28-year-old artist is serious or queerbaiting.

Related | Jaden Smith Confirmed Tyler, the Creator Is His Boyfriend

In the past, he alleged that he and Jaden Smith swapped d**k pics, and said they were in a relationship. Also, he openly expressed his attraction to Timothée Chalamet and admitted that he had a boyfriend when he was a teen.

During an interview on the Know Wave’s Koopz Tunes podcast in August 2017, Tyler said, “I had a boyfriend when I was fifteen in f****g Hawthorne. If that’s not open-minded, I don’t know what is.”

Simultaneously, the rapper has been criticized for using antigay slurs in his records, especially on his debut album, which emphasized the word “f****t” more than 200 times. He’s also been scrutinized for using the word “gay” as an insult in interviews.

You can read the interview in its entirety here.

Tyler, the Creator answers questions from his famous friends, including @KendallJenner, @SethRogen, @Pharrell, and more. Full video at the link in bio. #GQMOTY #tylerthecreator #kendalljenner

Tyler the Creator Talks Sleeping With Men in ‘GQ’ Profile