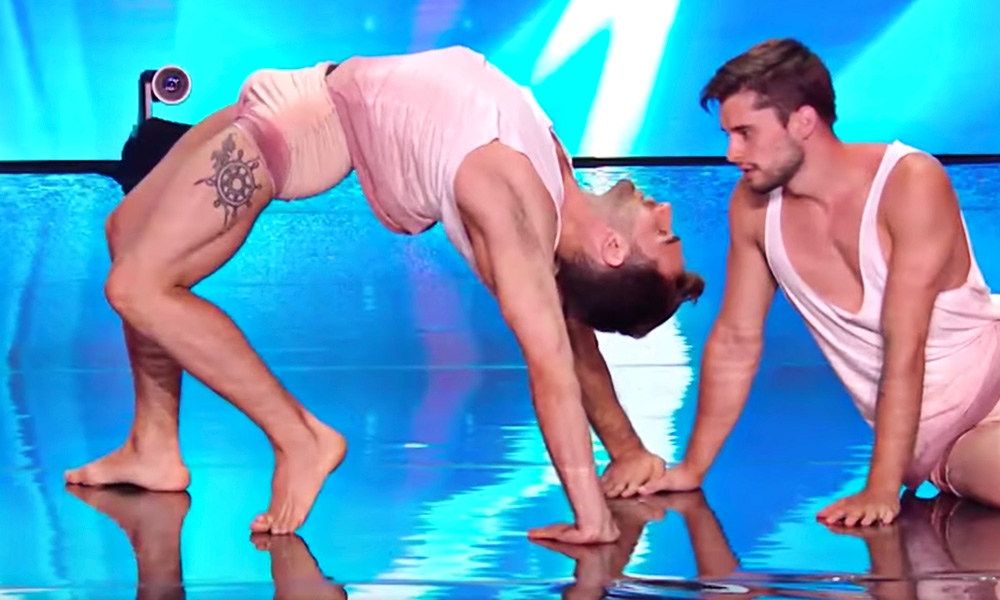 Gay acrobats Guillaume and Arthur took the stage on La France a un Incroyable Talent (France’s Got Talent) on Tuesday night and amazed everyone.

Judge Hélène Ségara asked the pair if they had anything to say before performing. Arthur quickly replied: “We’re going to present a number against homophobia.”

The men wowed the judges and audience with their stunning routine set to a cover of Leonard Cohen’s Hallelujah, which finished with a kiss.

“It was so beautiful and it was so tender at the same time, I think that with or without a message, I found it beautiful, and it felt good,” said Hélène.

“Two boys kissing on the lips is not something we often see on television, and that touched me deeply,” continued fellow judge, singer, and actress Marianne James.

Eric Antoine, a judge on the show, later tweeted: “This fight is unfortunately still necessary. Thank you for being here.”

Guillaume and Arthur earned praise from the judges and will move forward in the competition. At-home viewers also enjoyed the performance and took to social media to express their appreciation.

“You have to break down the prejudices and love whoever you want..the fight is not over, and the bullshit still has good years ahead of it..but congratulations to them for having insisted,” penned one viewer on Twitter.

“It was beautiful and touching, I loved it. Yes, the fight against homophobia is unfortunately still relevant, and we must not give up,” added another.

Watch the beautiful performance below.