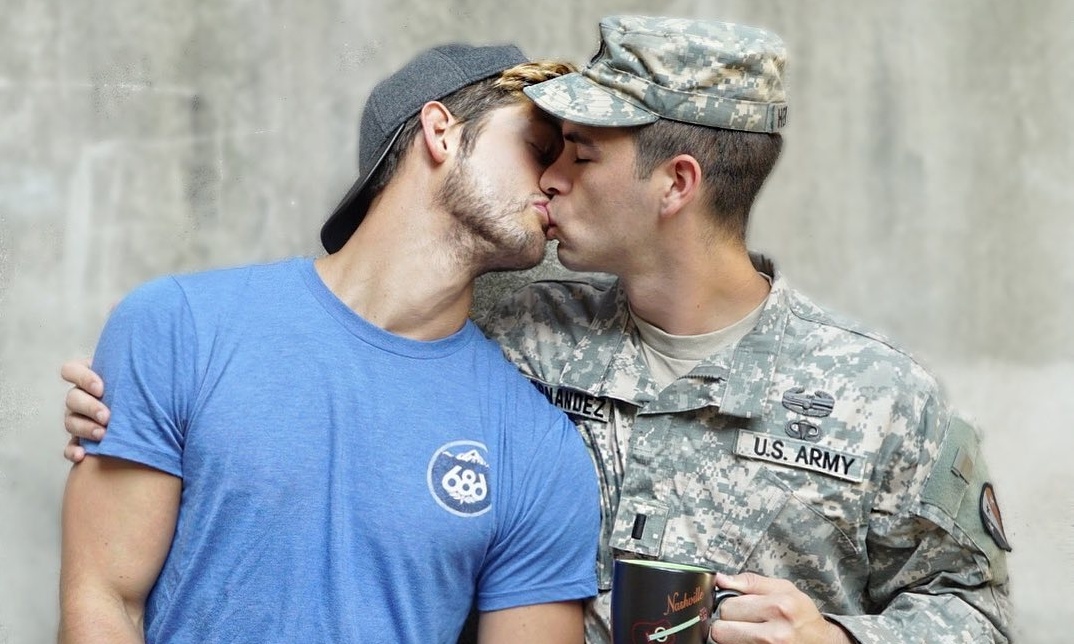 Gay Army Veteran Andrés Hernandez Opens Up About Coming Out

Andrés Hernandez opens up about gay Army life and beyond.

In 2019, on an episode of the PRIDE Podcast, host Levi Chambers spoke with openly gay Army veteran and influencer, Andrés Hernandez. In the interview, Hernandez opened up about serving as an out soldier.

Throughout his 12 years of service, Hernandez built his career as a combat engineer. His job was to locate and disarm IEDs (improvised explosive devices), saving the lives of soldiers and civilians. Although his military career was rewarding and made a difference in the lives of others, Hernandez felt isolated.

While on tour, he thought he couldn’t be open about being gay. At home, his friends and family didn’t understand the horrible realities of war. Hernandez opened up about combat, returning to civilian life and introducing his boyfriend, Max Emerson, to his military unit.

“Before the repeal of Don’t Ask, Don’t Tell, I couldn’t have imagined introducing a boyfriend to my unit.”

Hernandez took to Instagram to mark Veterans Day with some impactful thoughts. “A year at war changes a person,” wrote Hernandez. “I deployed when I was 23 years old. As a Platoon Leader, I was in charge of 36 men. Our mission was to clear routes for explosives and other obstacles.”

“Telling soldiers to go into dangerous situations instilled a strong sense of responsibility,” he continued. “It made me more serious. I’ve been exploring this change since I got back home.” Hernandez says that this responsibility has “instilled a great sense of gratitude” for his fellow veterans.

You can listen to the episode below, search for “PRIDE” on Apple Podcasts, Spotify, or visit Straw Hut Media for more options.

Gay Army Veteran Andrés Hernandez Opens Up About Coming Out