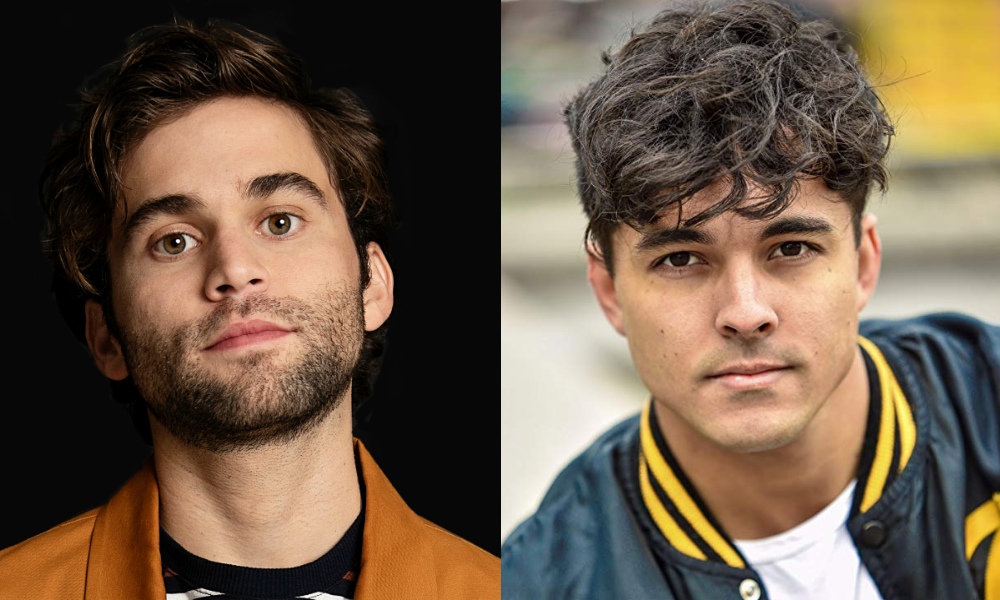 Freeform is getting a whole lot queerer for Valentine’s Day 2020. Next year, the network will premiere its gay-themed original romantic comedy The Thing About Harry.

The film stars Grey’s Anatomy‘s Jake Borelli and newbie Niko Terho as two former high school rivals who are traveling together on a road trip to their friend’s engagement party.

Things get interesting when Sam (Borelli), who came out in high school, learns that Harry (Terho) is also gay and that they have a lot in common. The film serves as a tribute to When Harry Met Sally, one of the most well-known of all rom-coms.

According to a press release, the duo “begin to develop a deep friendship — with neither admitting a potential romance may be brewing — leaving them wondering if one road trip could change the rest of their lives.”

Sam is described as a “handsome, funny, neurotic, intelligent gay man” with “a scathing wit” and “an overly idealistic worldview” who was harassed in high school for being queer. Harry, on the other hand, is an “emotionally uncomplicated, promiscuous player” who “yearns for love, family, and stability.”

In a statement, executive producers Paige, Greg Gugliotta, and F.J. Denny, elaborated on the project:

“True equality can only be achieved when you see yourself reflected in the movies, music, and stories that paint our culture,” they said. “As young gay men in the 90s, whenever a rom-com opened, we would watch the leading lady fall in love, and imagine what it would be like if the boy was saying all those things to another boy.”

“We’ve always wanted to make a movie — an unabashedly romantic comedy — that queer boys wouldn’t have to translate,” the team added. “It’s rewarding to take the genre to a new, all-inclusive level.”

The Thing About Harry is set to premiere in February 2020.