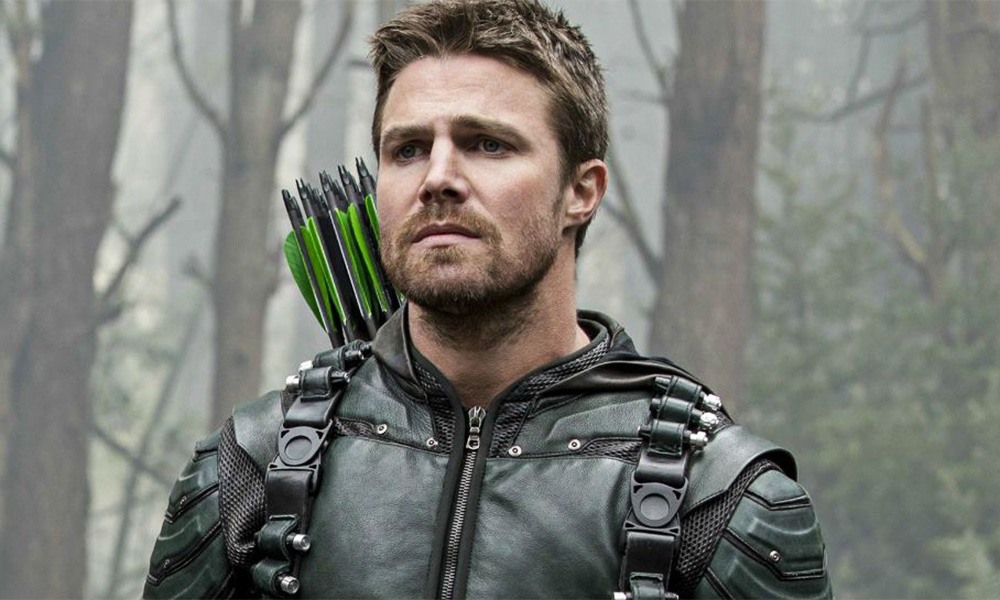 Stephen Amell Says ‘Arrow’ Coming Out Scene Was His ‘Favorite’

The most recent episode of Arrow included one of the most moving scenes in the show’s eight-year run.

In the episode, “Present Tense”, Oliver Queen (Stephen Amell) finally met his children William (Ben Lewis) and Mia (Katherine McNamara), after they were brought to 2019 by the Monitor.

In the future, Queen is dead, so William uses the opportunity to come out to his father. Queen lovingly tells him he already knew. “We hoped you’d come out to us when you were comfortable,” Queen tells William, in tears. “I clearly didn’t get that chance.”

Fans of the show praised the scene, describing it as “wonderfully poignant and beautiful”.

In an interview with Entertainment Weekly, Lewis revealed he “specifically requested” that scene because he thought, “Holy s**t, William actually never had the chance to come out to Oliver before he died.”

“So, to have a second chance to go back in time and in your 30s after you’ve been living as a proud out gay man for at least 15 years was a really interesting, extremely unique thing to play,” he explained.

“There’s a regular coming out scene, and then there’s this, which [has] the layers of time travel and grief over the loss of a parent, and then the mind-blowing experience of being reunited with that dead parent. It’s really wild.”

Lewis stated he was “hungry” to film the scene because he’s gay, and he believed it “would mean a lot to the Arrow audience and fanbase generally who have watched William grow up on the show, but specifically the LGBTQ fanbase.”

Amell reportedly told Lewis it was one of “his favorite scenes that he’s ever done on the show.”

He later confirmed the rumor, tweeting: “My favorite scene of this season. So lucky to share it with @benlewishere.”

My favorite scene of this season. So lucky to share it with @benlewishere — https://t.co/CUCmr2TEwJ

Check out the emotional scene below, and watch season eight here.

Stephen Amell Says ‘Arrow’ Coming Out Scene Was His ‘Favorite’