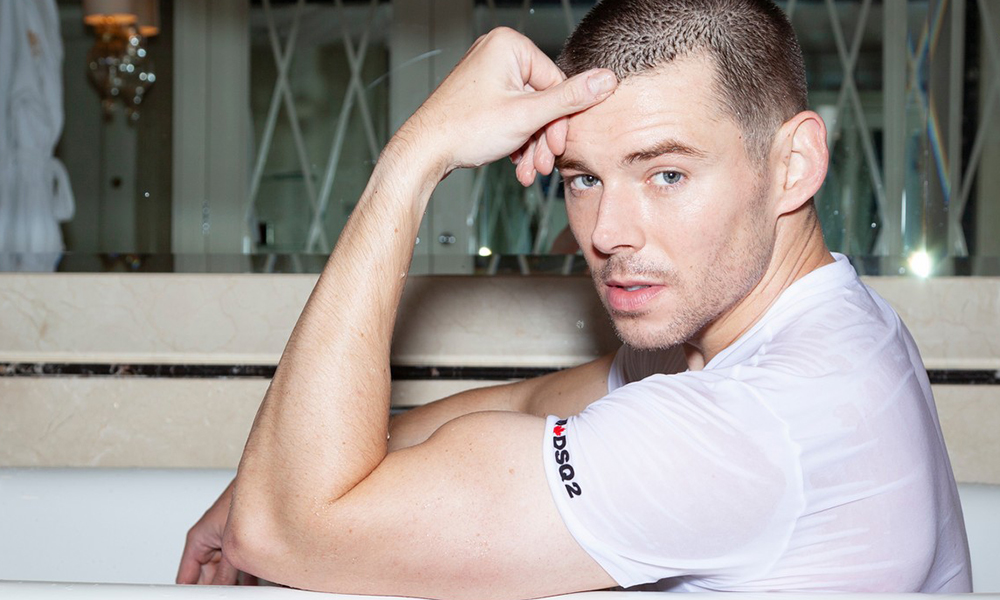 Actor Brian J. Smith found fame after landing a role on the now-canceled Netflix show Sense8. Although the series explored sexuality in detail, Smith had been quiet about his own sexuality until now. For the cover story of Attitude, he came out as gay and talked about growing up queer in Texas.

“I was terrified,” Smith tells the magazine. “At school, I really couldn’t fit in anywhere. I wasn’t a jock or a nerd. “Forget about any [LGBTQ+] union or groups. There was absolutely nothing. I was completely alone. I heard all the names: p***y, f****t.”

Smith revealed he was unable to live authentically. He went through life, “constantly having to check [himself] and make sure [he] wasn’t looking at someone too long or making someone feel uncomfortable.” Smith admits he was extremely cautious about sharing too much of his identity, something that “still reverberates” today.

“A lot of my work is about that,” Smith says. “The things that move me as an actor are those echoes that come up.”

Smith maintains that acting helped him feel more connected to a community, and his family’s unwavering support was so important. Their response was “wonderful,” he remembers. “They said they were just waiting for me to say something,” Smith asserts. “They were a lot more advanced than I gave them credit for.”

“I remember being so relaxed,” Smith says of shooting Sense8. “I thought, ‘Finally, I can just be myself, I don’t have to put on airs for any of these people.'”

Smith concluded with some valuable advice for young people: “I just would hug him and say ‘It’s OK. What that kid needed was somebody to pick him up and say, ‘You’re perfect as you are, it’s OK.'”