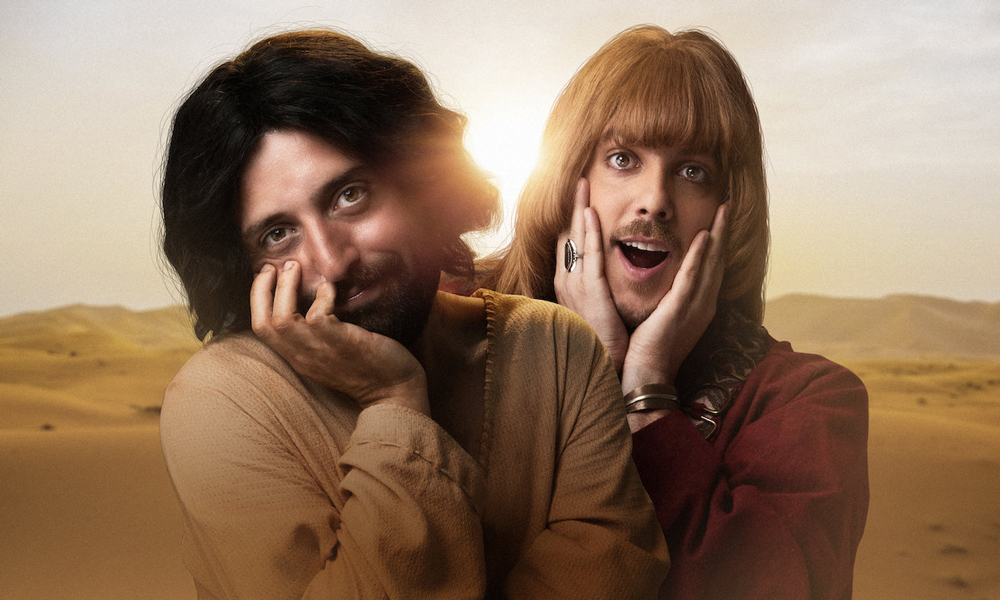 Jesus Is Gay in Netflix Comedy ‘The First Temptation of Christ’

Conservative God-fearing people are joining forces against a brand-new Netflix comedy that stars a gay Jesus.

The First Temptation of Christ is a Brazilian film that follows Jesus as he returns home for his 30th birthday. With The Last Supper behind him, Jesus emerges from the desert with his new “friend” Orlando to celebrate Christmas (aka his birthday). In this satirical take on the coming-of-age trope, Jesus grapples with the idea that God is his Father before embarking on a pilgrimage to discover the extent of his powers. The film ends as he goes head to head with a notorious antagonist during the film’s climactic final act that turns things into a low-budget, supernatural action flick.

This satirical depiction of a gay Jesus didn’t go over well with conservative Christians. A web user named Alex Brindejoncy launched a petition against the film, which has collected over 1,407,634 signatures by the time of publication. Brindejoncy addressed the petition to Netflix; Back Door (Porta dos Fundos), the five-person comedy troupe that created the film; and both houses of the Brazilian legislature.

Although many of the petition’s signers have called the film profane and offensive, one labeled the film “a criminal offense under Brazilian criminal law [as] the practice of discrimination and prejudice based on race, ethnicity, color, RELIGION or national origin is an offense.” So far, Netflix has ignored the petition and its signers.

While outraged conservatives continue to demand the film’s removal, you can have a gay holiday on Netflix, but first, watch the trailer below!

Jesus Is Gay in Netflix Comedy ‘The First Temptation of Christ’