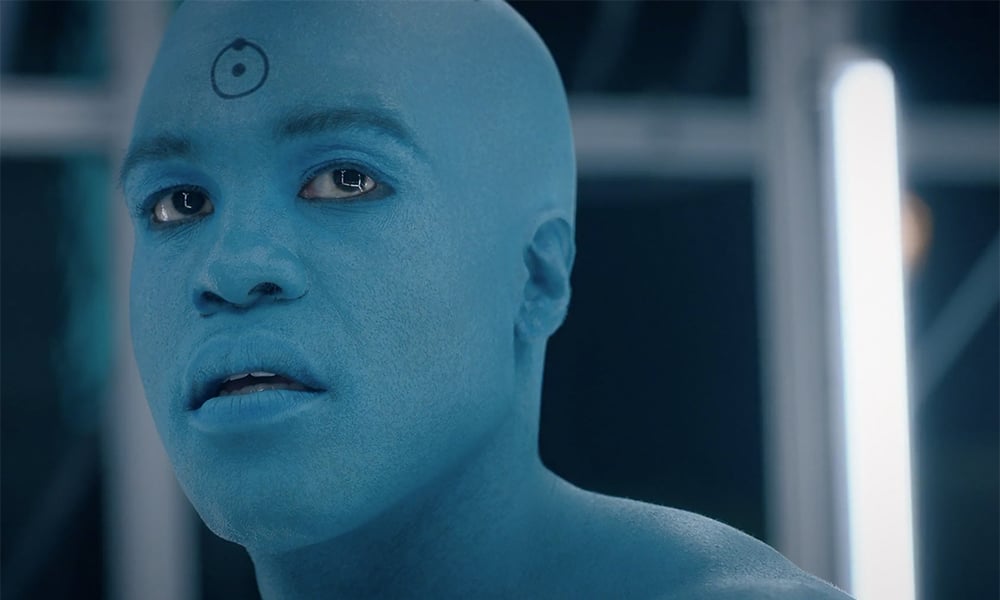 Dr. Manhattan’s junk is as revered as his powers.

There have been loads of surprising reveals on HBO‘s Watchmen. However, it’s Yahya Abdul-Mateen II steamier scenes that have made the biggest (no pun intended) splash.

The 33-year-old star admitted his DMs are on fire since he bared it all as Dr. Manhattan on the hit show. “I try to stay out of my DMs, man,” he told Too Fab. “But for that reason it’s kind of crazy right now.

He continued: “I’m not counting… but it’s jumping off right now.”

On Sunday night’s episode, fans discovered how the cerulean god from the graphic novel became the reticent Cal Abar.

In one sequence, Dr. Manhattan — who is known to be well-endowed — visits Adrien Veidt (Jeremy Irons) in his Antarctic lair. The sub-freezing temperatures didn’t faze him as he sauntered naked through the scene, treating viewers to an eyeful.

“Honestly, you work hard, you get in shape and then… it’s fun!” he said of shooting the scene. “It was actually more liberating than anything else.” 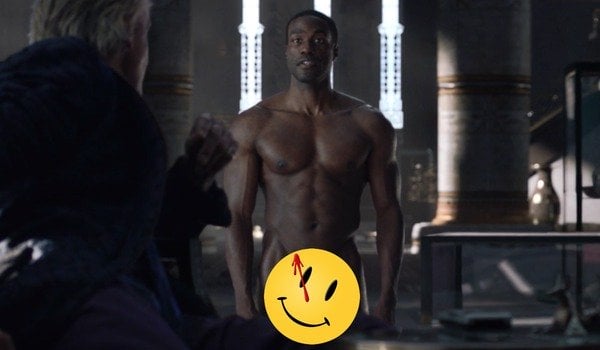 He continued: “I went out there, I said ‘I’m young, if you’re gonna do it it’s not like you can be old, might as well do it while you’re young,’ you know what I mean? Have some fun with it.”

Despite his confidence, the “Aquaman” star said he doesn’t intend to join a nudist colony any time soon. “I’m a Californian, I’m gonna keep my clothes on right now,” he grinned. “There’s a time and a place for everything.”

The actor also responded to this week’s Golden Globes nominations — of which Watchmen was snubbed.

“I think it’s dope to have people be passionate about your work,” he said. “Snubbed or not, people are still tuning in. The ratings are good, and we’re giving the viewers something to talk about, so more power to us, you know what I mean?”