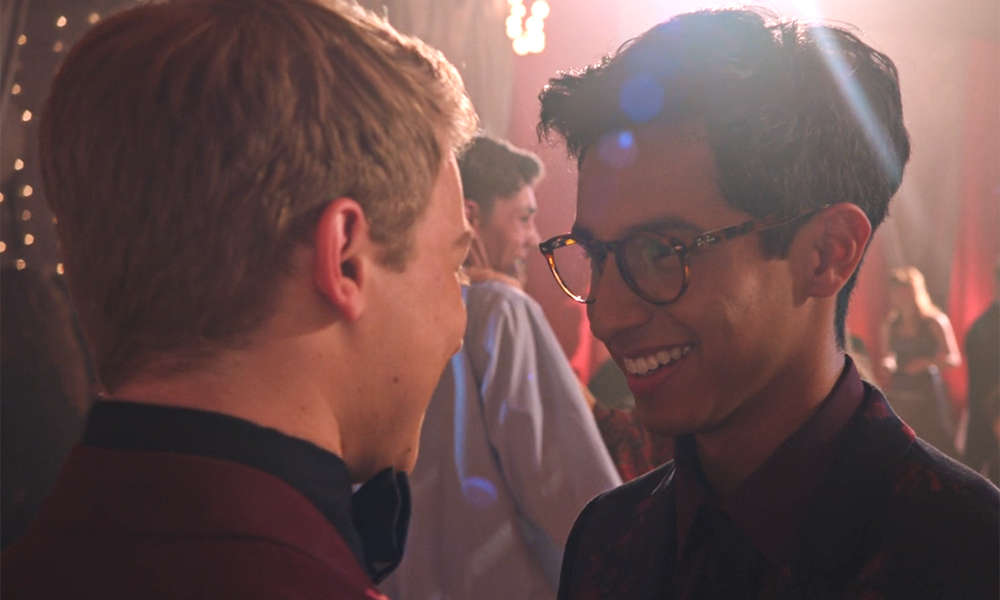 This is a monumental moment for Disney and its new streaming service.

In the fifth episode of the series, Carlos asks his crush Seb (Joe Serafini) to their homecoming dance. Seb accepts Carlos’ offer even though he’s anxious about dancing together in front of their schoolmates.

After handling a debacle at his family’s farm, Seb doesn’t show up to the dance when it starts. But, he makes it in time to overcome his fears and slow dance with Carlos.

“I hope that viewers can take away that being yourself really will get you so much further than trying to be somebody else, and I think that can spread across literally anything,” Rodriguez told GAY TIMES.

“Growing up there wasn’t a lot that I was able to watch on television that I could identify with, it wasn’t really until Will & Grace that I saw gay men on television just living their lives, and I was like, ‘Oh, yeah, they’re normal just like everybody else.'”

Rodriguez also stated he loves that Carlos’ sexuality is shown as a non-issue and that it doesn’t define his character. He went on to praise the writers for concentrating on his talent and “aspirations for life.”

“You can just see the strides they’re taking and the excitement while they’re doing it, you know?” he continued to say of Disney. “It’s not like, ‘We’re gonna do it once, and that’s that,’ they really do have our backs with this, and I’m so excited.”