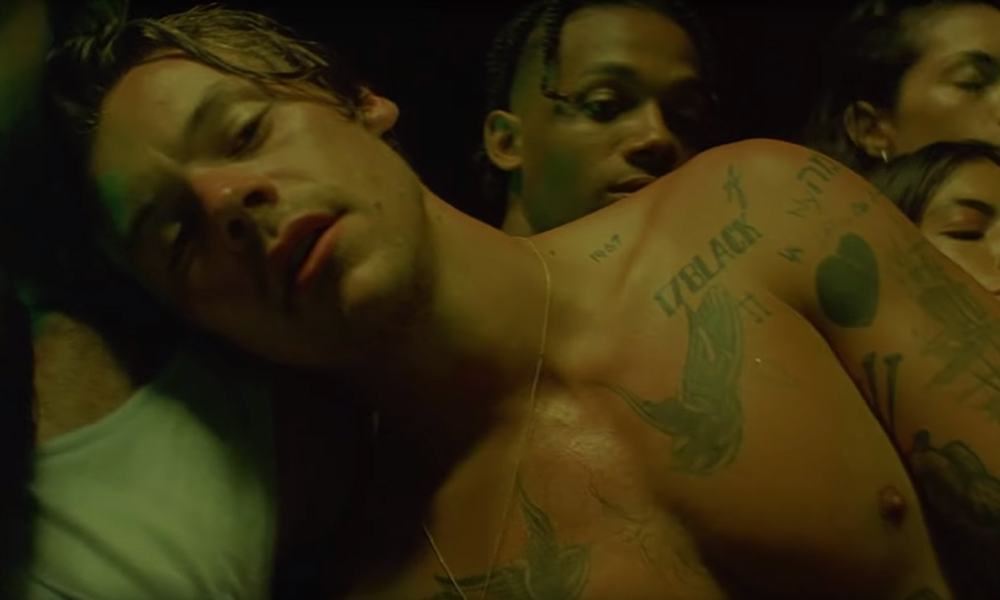 Harry Styles bared it all for his new album.

Harry Styles confirmed in a Sirius XM Hits 1 interview that the artwork for his forthcoming album, Fine Line, features himself modeling nude.

While the “Lights Up” singer, 25, first teased the radio hosts by telling them he “allegedly” stripped down for the vinyl version of the album, he swiftly confessed.

The steamy cover stars Styles posed against a yellow backdrop with his feet dipped into a giant pink human heart. The musician’s legs are crossed, and his hand is draped across his tattooed torso.

Styles first unveiled the cover art on his Twitter last Thursday. Fans reacted enthusiastically to the release of the Dec. 13 album, and notably to the photos of Styles included with the vinyl edition.

“HE’S SO CASUAL WITH THIS AS IF I’M NOT HYPERVENTILATING INTO A BAG AT THE MOMENT,” one tweeted, while another follower commented, “YOU ARE NAKED SIR, YOU ARE ACTUALLY NAKED I SWEAR YOU ARE NAKED AND SO INDECENT I’M FREAKING IN L O V E.”

“ISTG if I see anyone complaining about him being naked…no one questions Michelangelo about David being naked, and he standing tall and proud in Florence. Human body is art, and Harry’s is FINE ART,” one fan added.