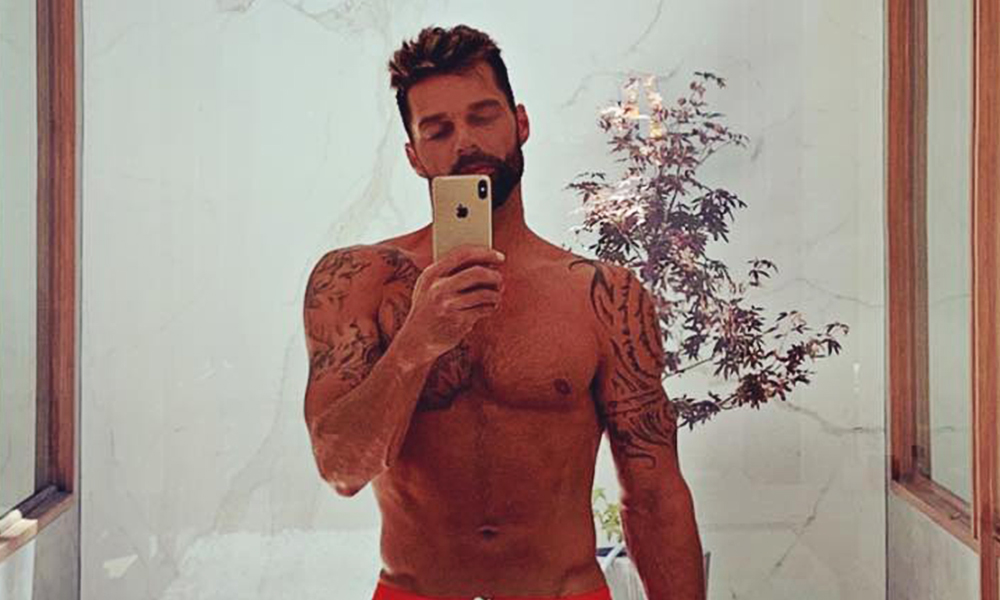 Ricky Martin adjusted himself on his Instagram Story, and fans are losing it!

Ricky Martin is known for sharing spicy photos on his Instagram account. With more than 13 million followers, Martin’s Instagram is an excellent place for the 47-year-old to share moments from his life with his fans. In the last year alone, Martin has gained nearly 1.8 million followers on the platform and received more than 57 million interactions.

On December 3, the “Livin’ La Vida Loca” entertainer shared a video to his Instagram Story showing him getting ready for the Dior Men’s Fall 2020 Collection fashion show, which was last Tuesday night in Miami, Florida.

In the video, Martin adjusts his jacket to make sure it’s perfect for the event. Then, as the camera pans down, Martin grabs himself and adjusts for the camera. And, that’s when people lost their s—t. One fan recorded the clip for the record books and then tweeted it, saying, “I was not prepared what happens in this Ricky Martin Insta story…”

I was not prepared what happens in this Ricky Martin Insta story… pic.twitter.com/argaz6u5Ma

At the time we published this article, the video had more than 155K views.

The video inspired a lot of fans to share their reactions, and they were gold. Scroll through some of our favorites below!

And also he’s listening to Ben Platt’s “River” and I– pic.twitter.com/0cGa5emEXP

Hes had BDE since the 90’s. Just look what he has.