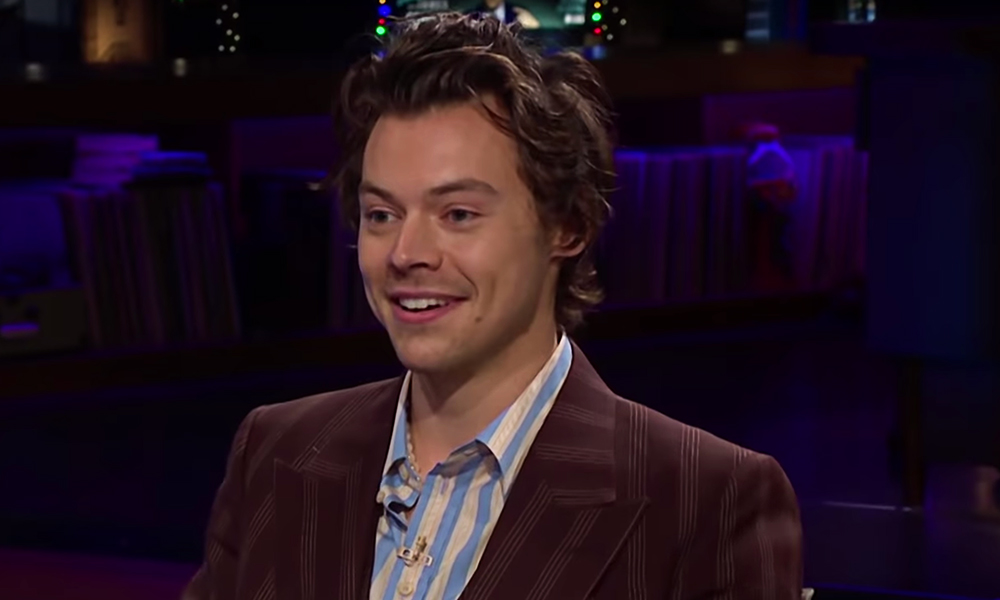 “To spit or to swallow, that is the question.”

If you woke up this morning and thought, “I’m never going to see Harry Styles swallow,” you were wrong. Styles filled in for James Corden as the host of The Late Late Show and ingested some exciting things with Kendall Jenner. Bug trifle, jellyfish, giant water scorpion, 1,000-year-old eggnog, cow blood and pork tongue jelly, cod s—m, salmon smoothie, and bull p—s wrapped up the menu.

On Tuesday night, Jenner attempted to solve a pop culture puzzle during The Late Late Show‘s fan-favorite segment “Spill Your Guts or Fill Your Guts.” During the sequence, the former loves were given a choice to answer personal questions or eat a serving of exotic foods.

To start, Styles asked Jenner to rank her siblings in order of their parenting skills. The alternative was to down 1,000-year-old eggnog. Apparently, Jenner wasn’t into the beverage.

“I mean, I’ll start by saying they actually are all amazing,” she said. “But, I’d say Rob [Kardashian] is number one, and then—he’s so good to his daughter [Dream Renée]…And then it would be, like, Khloé [Kardashian], Kim [Kardashian], Kylie [Jenner] and Kourtney [Kardashian].”

To everyone’s surprise, Styles relished the moment. “To spit or to swallow, that is the question,” he said as he noshed on the cod s—m.

After swallowing, the One Direction alum gave Jenner a choice between a salmon smoothie or revealing which fellow supermodel is the most difficult to work with. “I hate salmon, by the way,” she said before taking a gulp. “I have the answer. I can’t say it, though.”

Unlike Jenner, Styles didn’t enjoy watching her down the fishy beverage. “Watching you drink that made me feel sick… I mean, it’s a salmon smoothie,” he said.

Watch the segment below!