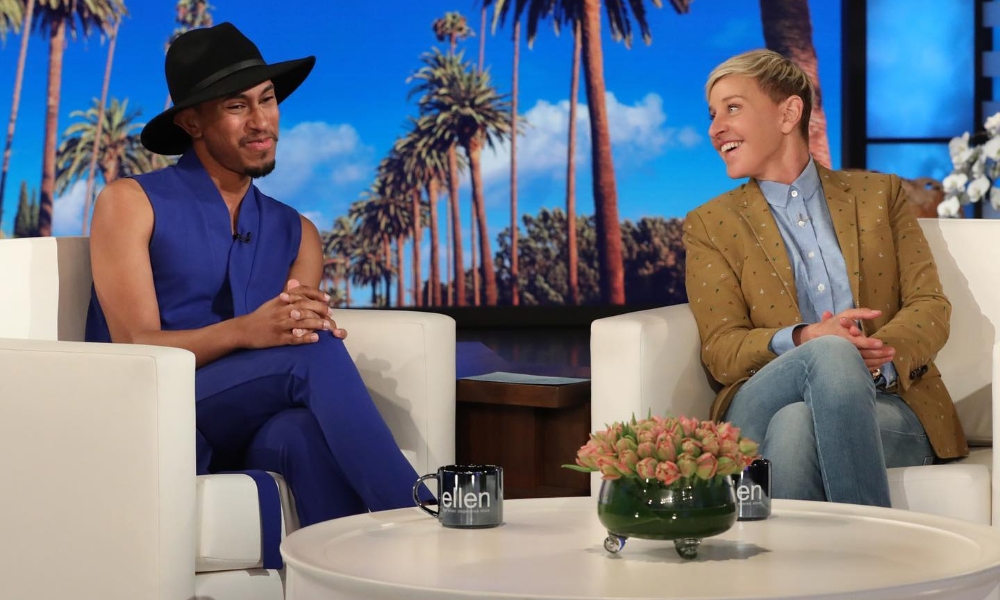 Kalen Allen Refutes Ellen Rumors: ‘It Pisses Me Off’

Last month, The Advocate magazine dubbed Kalen Allen “The New Gay King of Media“. He’s making his silver screen debut next year in a movie with Seth Rogan. His wildly popular YouTube channel has more than 700,000 subscribers and earned him a regular spot on The Ellen DeGeneres Show. Plus, his Beyoncé impression is fire. Thanks to his charisma, hilarious commentary, and genuine authenticity, Allen is rapidly rising to the top.

Last December, The New York Times published an interview that implied that Ellen DeGeneres is “not as nice as you think“. In this week’s episode of the Pride Podcast, Allen opened up about his relationship with the media mogul. When asked about the validity of the rumors, he quickly defended her.

“I’m glad you asked me that question cause it actually pisses me off every time I see it,” Allen told host Levi Chambers. “The only reason people say that is because she’s a woman.”

You can listen to Allen’s interview below, or search for “Pride” on Apple Podcasts or Spotify, or head over to Straw Hut Media for more options.

Kalen Allen Refutes Ellen Rumors: ‘It Pisses Me Off’