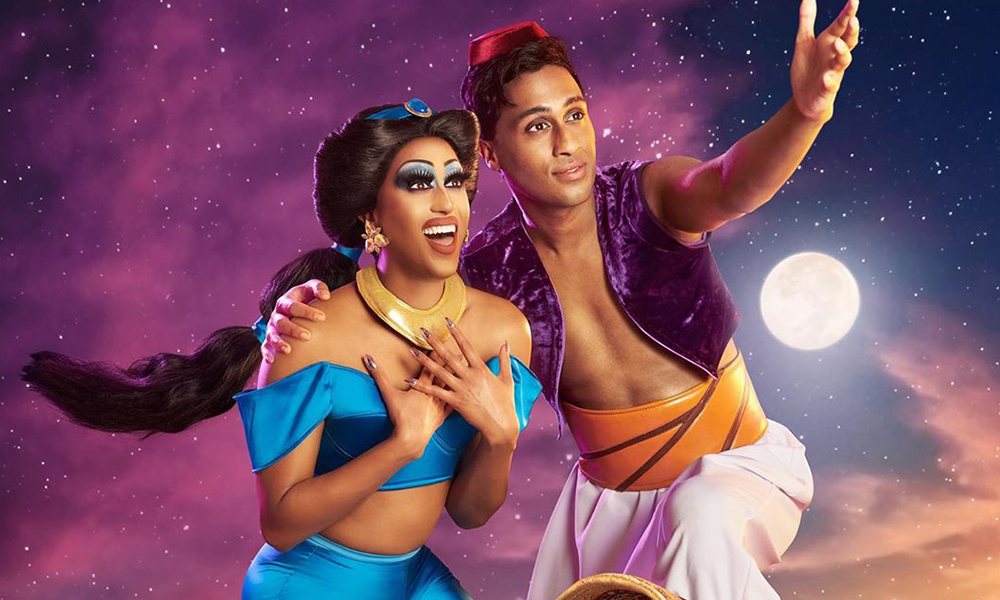 “Love Yourself” pulls back the curtain of drag and gender performance.

“If you can’t love yourself, how in the hell are you gonna love somebody else?”

I’ll be honest, I’ve heard these words so often, they’ve started to lose their meaning. But it only takes a moment of sincere contemplation to rediscover the simple truth behind RuPaul’s catchphrase. This truth is at the heart of Toronto photographer Blake Morrow’s new photo series, “Love Yourself.” True to form, Morrow is exploring this through the art of drag.

The photos depict the performers both in and out of drag, interacting with themselves in a way that is authentic to their personality. With a dash of pop culture for flavor. Through this medium, we get to peek behind the curtain and catch a glimpse of the person underneath.

Last but not least, we have Canadian Drag Race winner Priyanka as bride and groom in an Indian wedding shoot and as both Jasmine and Aladdin on a magic carpet ride. Did you really think we could get through a single article without making Disney, gay?

There comes a moment in every Drag Race season where the queens untuck, take off their wigs and lashes, wash away layers of foundation, and reveal their de-dragged personhood. This series holds a mirror up to this moment. Both alter-egos, the drag performer and the person, in all of their complexity. “People who might see this, who don’t know someone who does drag or has never seen a drag show, will see that this is a fully-fledged person,” said Morrow.

Why stop there? Since drag is a performance of gender, perhaps a project like this can help others understand this performance, and how they fit into that narrative. “I’m also kind of hoping that it’s subliminally taking things further in terms of gender, and treating different people in our lives equally,” Morrow continued. I couldn’t have said it better.

Follow Blake Morrow on Instagram as he continues to add to this series, and to catch the first look at his new project “30 Days of Pri,” coming in October.