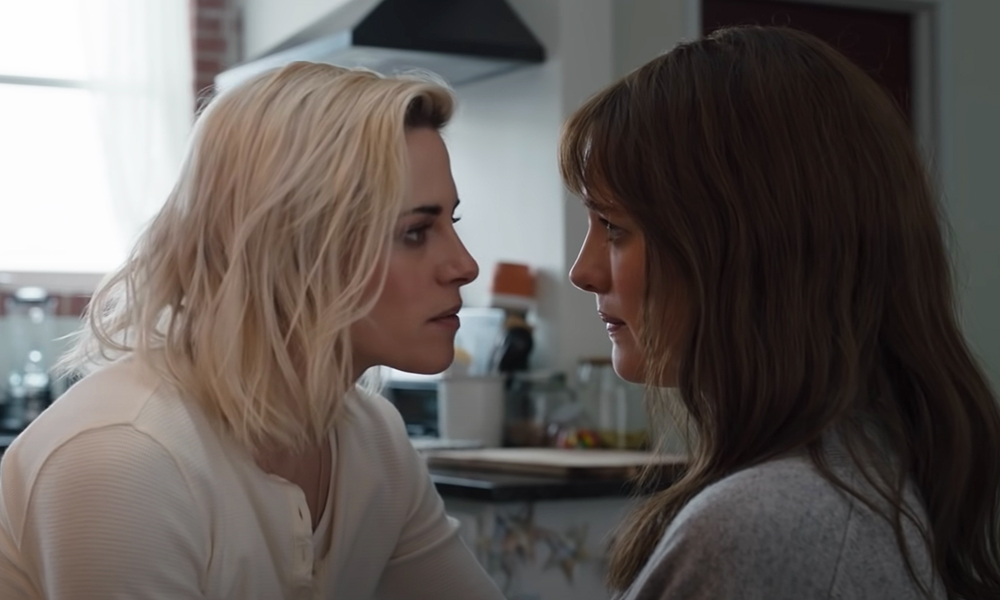 This Is the LGBTQ+ Christmas Film You’ve Been Waiting For

Kristen Stewart lives out every gay’s nightmare in this instant classic.

They say to make the Yuletide gay, but if we’re being honest, LGBTQ+ Christmas content has always been slim pickings. If we’re lucky we get resigned to sassy secondary characters and stereotypical plotlines.

Thank God for Clea DuVall and Happiest Season. DuVall, known for her work on Girl, Interrupted, and appearances on shows like Broad City and Veep, has assembled an all-star cast to give us a very lesbian Christmas.

Kristen Stewart plays Abby, who is head over heels in love with her girlfriend Harper, played by Mackenzie Davis. The two have plans to spend Christmas at Harper’s family home, but there is just one problem. Harper isn’t out yet, and her parents are conservative. It is every gay’s nightmare.

In an interview with People, Stewart explained that she had never seen herself represented in this genre. “I’ve wished to see a gay Christmas rom-com my whole life,” said Stewart. “I’m so happy and proud of Clea for bringing this into the world. We couldn’t have had a better, more loving pack of weirdos supporting each other on this one.”

Speaking of those weirdos, the cast also includes the likes of Aubrey Plaza, Alison Brie, Victor Garber, Mary Steenburgen, Ana Gasteyer, and (drum roll) Dan Freaking Levy. Just when you thought it couldn’t get any gayer.

Unsurprisingly, we won’t be able to make the trek out to the theatres to watch this one, but thankfully Hulu has come to the rescue, giving Happiest Season a digital release. “I am beyond grateful to Hulu for providing an incredible home for Happiest Season, and I’ll forever cherish my journey with Sony Pictures who felt just as strongly as I did about the value of bringing the first major LGBTQ+ holiday rom-com to audiences.”

No more watching Family Stone on repeat. Now we’ve got two LGBTQ+ Christmas movies. Along with a handful of Lifetime and Hallmark movies coming this holiday season. We’re practically spoiled for choice. All sarcasm aside, we are so ready to laugh, cry, and roll our eyes with this instant classic.

Happiest Season premieres 25 November on Hulu – watch the trailer below.

This Is the LGBTQ+ Christmas Film You’ve Been Waiting For