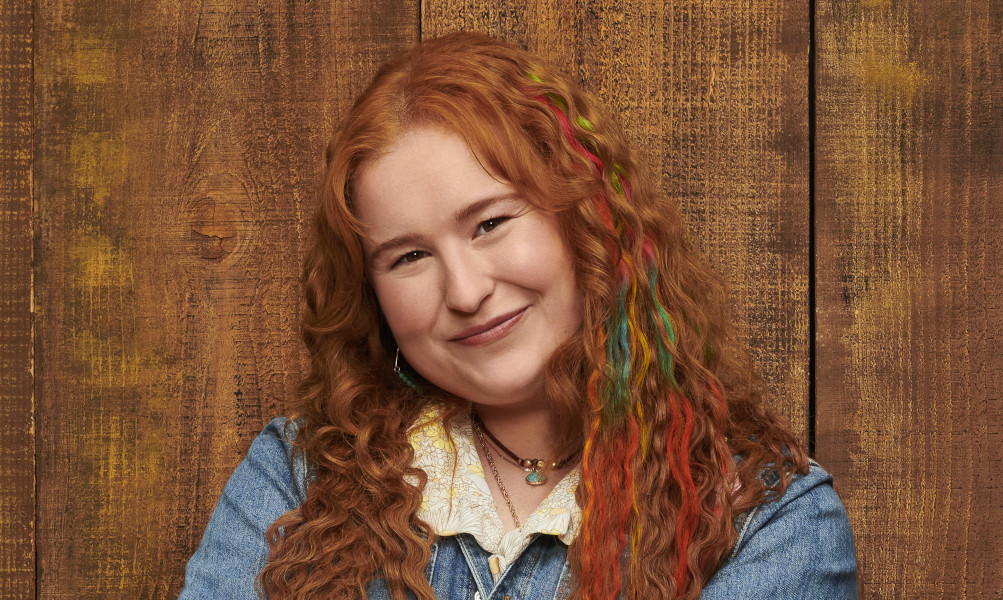 “For anyone out there still figuring out their ‘why,’ this episode is for you.”

In this week’s episode of High School Musical: The Musical: The Series, the campers are battling it out in a color war while Ashlyn (Julia Lester) is battling with her feelings. She has been snapping at camp choreographer Val every chance she gets, but she can’t figure out why. When Val brings her a letter from Big Red (Larry Saperstein), Ashlyn clarifies the letter is from her “male boyfriend.”

When Ashlyn continues to be defensive, Val says, “You’re just super complex. There’s an edge to you, but you have so much love inside of you. It’s a beautiful puzzle. And I wouldn’t presume to tell you anything.”

“Okay. Thank you. That was the nicest thing ever.”

A post shared by HSM: The Musical: The Series (@highschoolmusicalseries)

Ashlyn started dating Big Red in season one of HSMTMTS and are still in a relationship. But Big Red is back in Salt Lake while Ashlyn is off at camp, and she’s confused.

Later in the episode, Ashlyn apologizes for being cruel to Val and says she still can’t figure out why she’s being so mean to her. Val goes in for a hug and fireworks go off. Real and metaphorical. Then, Ashlyn looks to the camera and says, “Oh. That’s why.”

It’s a beautiful realization moment for the character, and one fans are gushing about online.

ashlyn realizing she’s finally feeling what she thought she was supposed to feel for boys… CINEMA #HSMTMTS pic.twitter.com/Er6W53Anjt

THE SYMBOLISM‼️‼️‼️wow timothy THIS was genius!!!! the fireworks not going off for portwell bc their spark is dead and the honeymoon phase is over but the fireworks going off for ashlyn as she comes to the epiphany of her self discovery journey???? genius. BRILLIANT! #hsmtmts pic.twitter.com/pAVkdcvHea

Lester, who is pansexual, also posted about the episode on her Instagram and wrote, “Oh, that’s why. For anyone out there still figuring out their ‘why,’ this episode is for you.”

HSMTMTS has been praised for its LGBTQ+ inclusive storylines. The series gave us Carlos and Seb (AKA Seblos) in season one. In season three, we learned Maddox is queer and broke up with her ex-girlfriend at camp (who will be played by JoJo Siwa later in the season). And now, Ashlyn!

The series showrunner Tim Federle hinted at more queer representation in a previous interview with Gayety. “I think one of the fundamental experiences, especially of Gen Z and the modern experience growing up, is that identity is broadening, and that’s a beautiful thing. And I think our show really tries to tell that story proudly,” Federle said.

We can’t wait to see how Ashlyn and the rest of the Wildcat’s storylines will play out in the remaining episodes.

New episodes of HSMTMTS will premiere on Disney+ Every Wednesday.