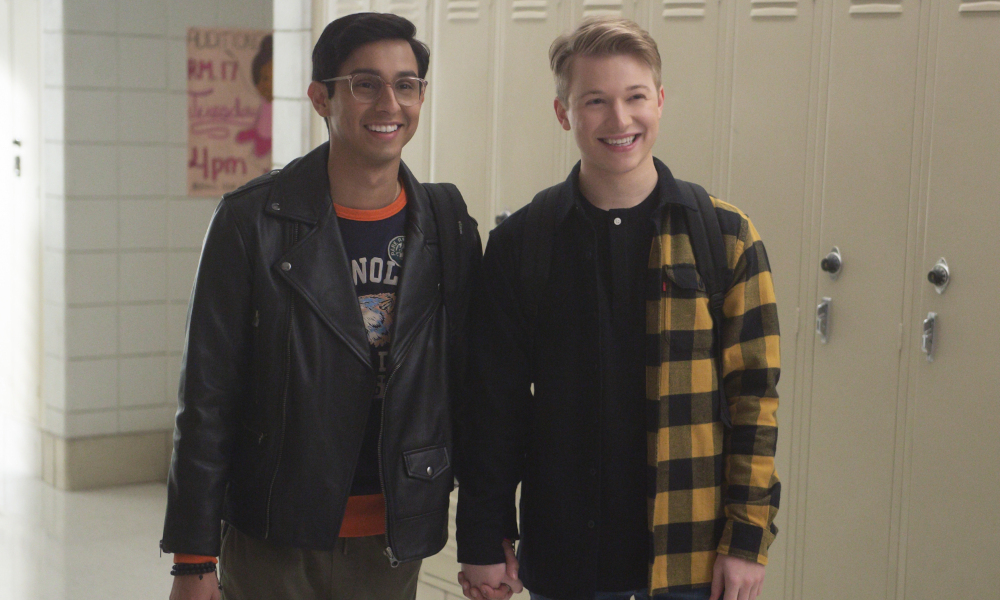 Their love is what I needed to get through this week.

High School Musical: The Musical: The Series actors Joe Serafini and Frankie Rodriguez play a couple in love at East High on Disney+. But when the two stars met while filming the show, they realized their chemistry was natural. Their relationship off-screen is truly what dreams are made of. If you don’t believe us, wait until you see this new video.

This past weekend, Serafini had a concert at The Green Room 42 in New York City. Soon, he brought out his boyfriend, Rodriguez, to perform a duet of the Broadway classic, “Only Us,” from Dear Evan Hansen. 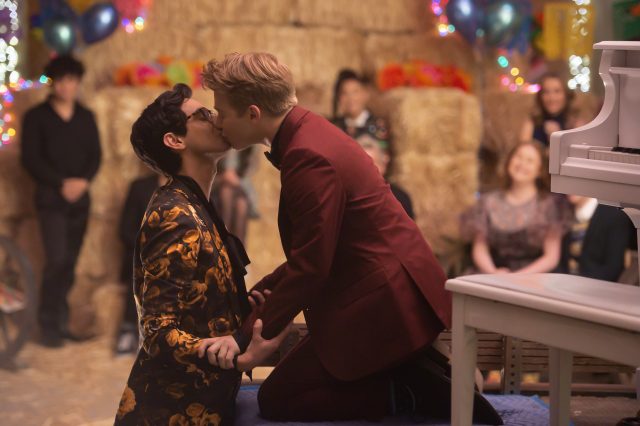 “We met literally at East High School and I mean, sparks flew,” Serafini told the live audience. “The rest is history I guess. We made history as the first openly gay couple of the High School Musical franchise, and three years later, here we are, still in love.

“This is one of our favorite songs to sing together at home.”

Then, the two singers sat down and performed the sweetest rendition of the song we have ever seen. If you weren’t sure if love is real or not, watch this TikTok @takeabowpodcast captured of this special moment.

In season one of HSMTMTS, Carlos (Rodriguez) asks his crush Seb (Serafini) to the Homecoming dance. Though Seb is three hours late because of a farm emergency, he still arrives in time to snag a slow dance with his date. Since then, the fandom have been obsessed with Seblos. 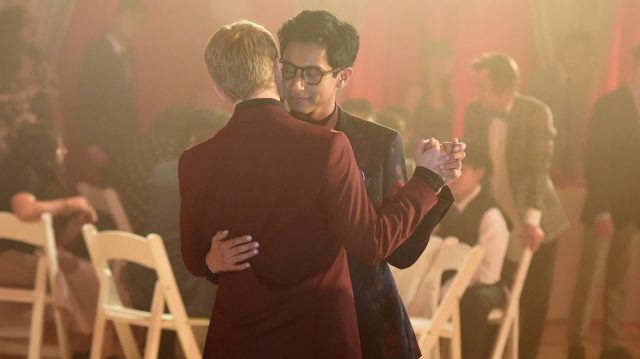 Now in its third season, the show continues bringing representation to viewers’ screens. And there is more to come!

“There’s even more queer representation this season that unfurls,” out showrunner Tim Federle told Gayety. “I think one of the fundamental experiences, especially of Gen Z and the modern experience growing up, is that identity is broadening, and that’s a beautiful thing. And I think our show really tries to tell that story proudly.”