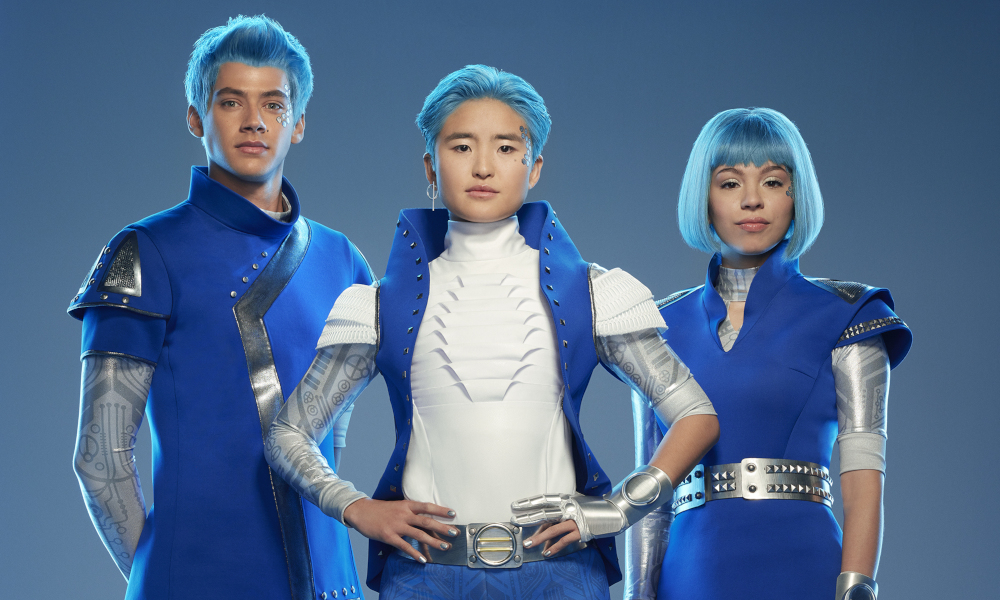 Disney’s latest original movie Z-O-M-B-I-E-S 3, is the third and final installment in the franchise. The movies take place in Seabrook, where humans and monsters must learn to coexist after a nuclear explosion turned half of the town’s residents into zombies. In the first movie, we meet Zed and Addison, the star-crossed zombie and cheerleader couple. then in the second film, werewolves come to Seabrook, and the residents must once again restore balance.

So what does the third movie have in store? Aliens.

And Terry Hu is one of them! Hu is playing A-Spen, an extraterrestrial who is also Disney’s first leading non-binary character ever. As a non-binary actor, Hu said this role is the opportunity of a lifetime. But the full impact of the part didn’t resonate right away.

“It wasn’t until the fans started sending me messages on Instagram that I was like, ‘Oh, this is what we’re dealing with,'” Hu said during an exclusive interview with Gayety. “That’s when it really feels real when you hear it from the fans.”

﻿
Adding an LGBTQ+ character to the franchise is not surprising as Disney movies focus on themes like diversity and acceptance. Especially regarding the wide range of characters and creatures the show contains.

“Each of them brings their own unique things that a person sitting at home can say, ‘I resonate with that. I can see myself in this.’ And I think that’s incredible,” said Pearce Joza (Wyatt).

“Everything about them is completely different, and if Seabrook can learn to accept them and coexist, then there’s absolutely no reason why we, as humanity, can’t learn to love and accept each other,” Kylee Russell (Eliza) added.

﻿
In Z-O-M-B-I-E-S 3, the aliens’ arrival causes more conflict. They mess with Zed’s chance at an athletic scholarship, and the students worry that they’re lying about why they really came to Seabrook. But Milo Manheim (Zed) says conflict can be a good thing.

“…We need to have conflict to spark conversation which sparks growth and progress,” He said about the third movie’s underlying message. “That’s really important for kids or anybody at any age … it’s always good to have that reminder.”

Watch our interviews with the cast of Z-O-M-B-I-E-S 3 below and stream the movie now on Disney+.