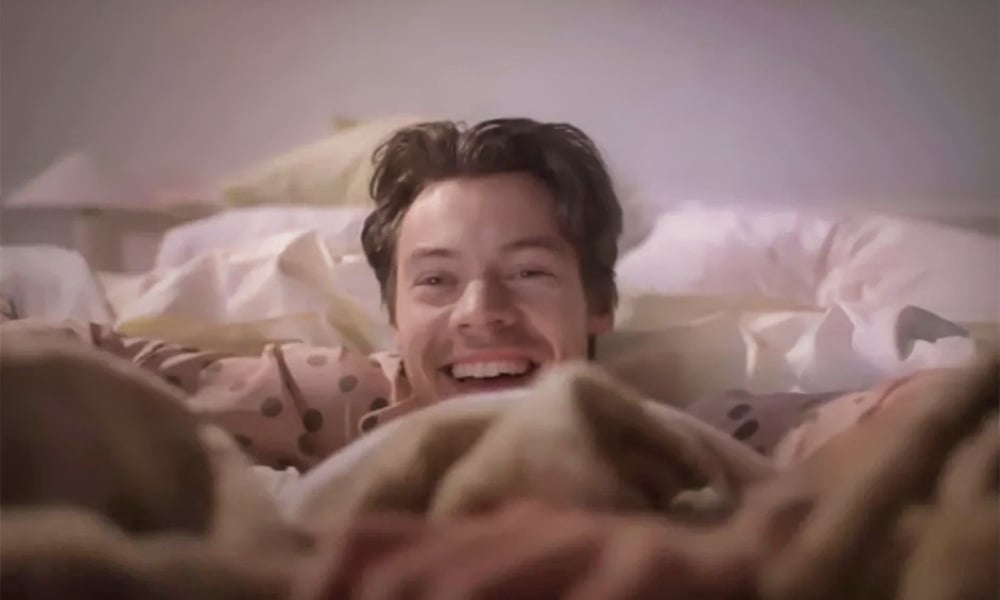 Harry Styles Shares a Bed With Everyone in New Music Video

The song is about, you guessed it, late-night talking. Like staying up late to talk to someone about anything and everything until the early morning hours. However, in the video, the 28-year-old star appears to wake up alone in bed before traveling to a bedroom wonderland.

We’ve been doing all this late night talking,
About anything you want until the morning,
Now you’re in my life,
I can’t get you off my mind

He lounges with women, eats spaghetti with a man, has a pillow fight, and even officiates a lesbian wedding.

It’s messy, whimsical, intimate, and precisely the kind of video we would expect from the charming Styles. The music video also sends a positive message and hints at the scrutiny he has faced because of his fame.

“For a long time, it felt like the only thing that was mine was my sex life,” he said in an interview with Better Homes & Gardens. “I felt so ashamed about it, ashamed at the idea of people even knowing that I was having sex, let alone who with… But I think I got to a place where I was like, why do I feel ashamed? I’m a 26-year-old man who’s single; it’s like, yes, I have sex.”

In addition to cruising down the streets of London in polka dot pajamas, Styles has also been traveling and performing songs off his third hit album, Harry’s House. His Love on Tour will take him across Europe and the Uk this summer, the U.S. in the fall, and South America in the winter.

Watch Styles in the Late Night Talking video below.

Harry Styles Shares a Bed With Everyone in New Music Video