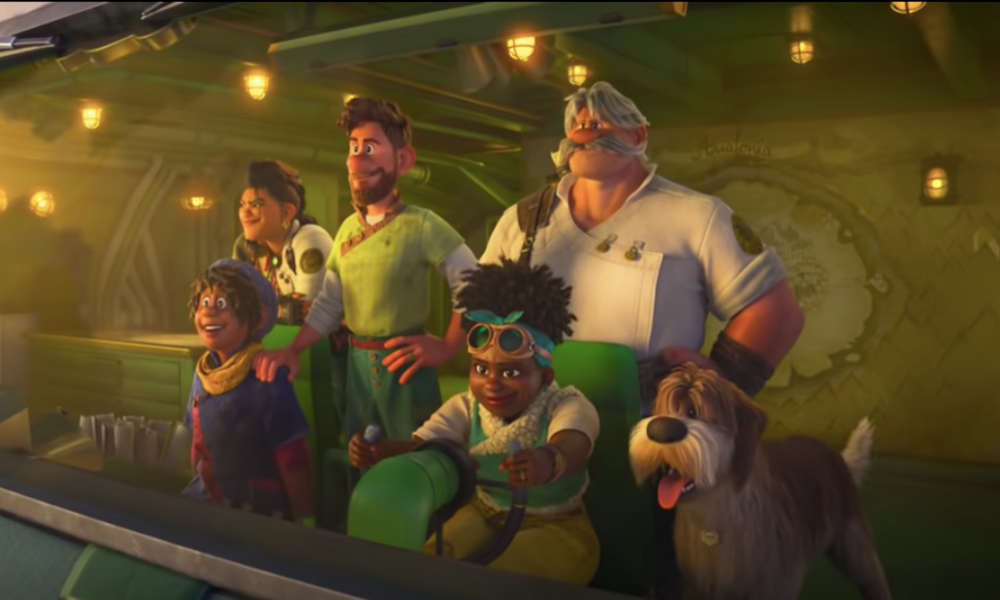 Is this the gay Disney movie we’ve been waiting for?

Disney is introducing a gay teen romance in their latest animated feature film, Strange World. Variety and animation production designer Matthieu Saghezchi confirmed the film would have an LGBTQ+ plot after the film was announced at the Annecy International Animation Film Festival in France.

Saghezchi shared his initial thoughts about the film on Twitter, and we’re so excited about this project.

“The scene describes the son being very shy in front of his boy crush, and his dad comes in and says ‘so nice to meet you! my son talks about you all the time’ and further embarrasses his son 🙈😂 very cute,” Saghezchi continued.

Everything We Know About Strange World

According to Variety, granddad Jaeger Clade is voiced by Quaid. His grandson Ethan is played by Young-White, and Union voices Meridian, who is married to Searcher (Gyllenhaal).

Ethan is also the boy who is seen flirting with heartthrob Diazo in the exclusive sneak-peek.

It’s too soon to say, but if Disney has a queer romance at the front of their new movie, this is a historical moment for the LGBTQ+ community and Walt Disney Studios.

Disney recently reinstated a same-sex kiss into their Lightyear film after receiving backlash about their response to the Don’t Say Gay bill. Pixar initially removed the kiss between Hawthorne (Uzo Aduba) and her partner. However, filmmakers brought it back following a letter from LGBTQ+ Pixar employees and several walkouts.

In response to the criticism, Disney CEO Bob Chapek issued another statement. “I truly believe we are an infinitely better and stronger company because of our LGBTQ+ community. I missed the mark in this case but am an ally you can count on — and I will be an outspoken champion for the protection, visibility, and opportunity you deserve.”

So when can you see this cute queer romance on screen? Strange World is hits theaters on November 23.