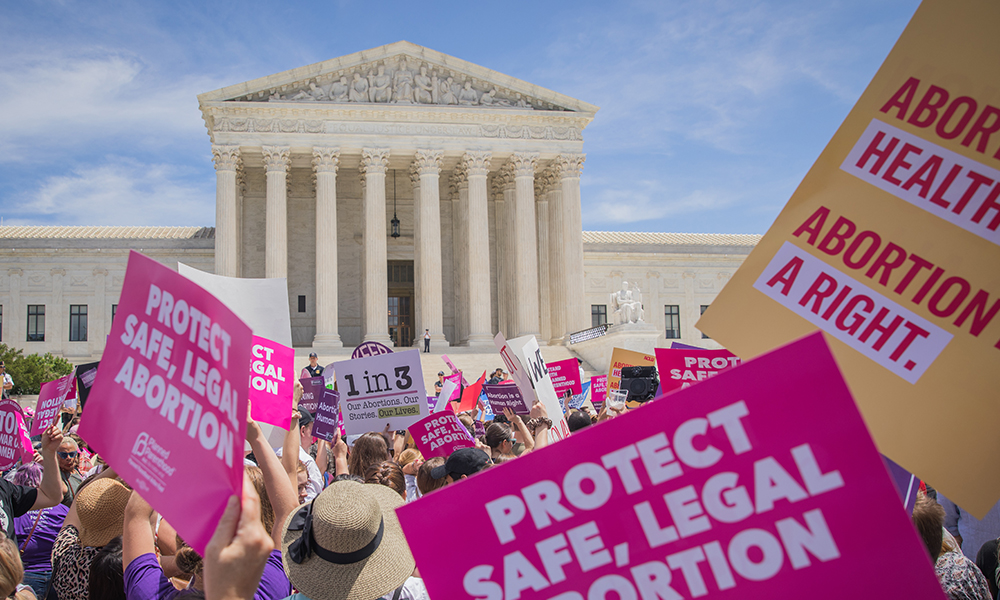 On Friday morning, the United States Supreme Court ruled on Dobbs v. Jackson Women’s Health, effectively overturning Roe v. Wade and Planned Parenthood v. Casey. These rulings guaranteed a constitutional right to abortion. The decision, made on a 5-4 vote, revokes protections that have been in place for nearly half a century. This decision fell on 5 of the Court’s six conservative Justices, Samuel Alito, Clarence Thomas, Neil Gorsuch, Brett Kavanaugh, and Amy Coney Barrett.

Justice Samuel Alito wrote the official opinion which says that “Roe and Casey must be overruled. The Constitution makes no reference to abortion, and no such right is implicitly protected by any constitutional provision.” Alito went on to say that “this Court cannot bring about the permanent resolution of a rancorous national controversy simply by dictating a settlement and telling the people to move on.”

The liberal Justices in the Court, Stephen Breyer, Sonia Sotomayor, and Elena Kagan issued a biting dissent saying that this decision takes aim at the “rule of law.”

“Women have relied on Roe and Casey in this way for 50 years. Many have never known anything else. When Roe and Casey disappear, the loss of power, control, and dignity will be immense,” wrote the Democratic-appointed Justices. “It makes the Court appear not restrained but aggressive, not modest but grasping. In all those ways, today’s decision takes aim, we fear, at the rule of law.”

This is Only The Beginning

If all of this wasn’t terrifying enough, Justice Clarence Thomas also issued a solo opinion that proposed overturning even more previous rulings. “In future cases,” wrote Thomas, “we should reconsider all of this Court’s substantive due process precedents, including Griswold, Lawrence, and Obergefell.” This opinion threatens a married couple’s right to contraception, a decision that revoked sodomy laws, and the landmark decision requiring states to recognize same-sex marriages in 2015. “We have a duty to ‘correct the error’ established in those past precedents,” wrote Thomas.

Where Does This Leave Us?

Twenty-two states are set to ban the procedure in most or all circumstances. Pre-Roe abortion bans still exist in some of their books. Trigger laws in other states will also outlaw abortion with this decision. Even more disturbingly, many of those state bans include criminal penalties that, if enforced, could lead to the incarceration of abortion providers.

80% of the American public think abortion should be legal in some capacity. Despite this, we have found ourselves in a situation where between 94,000 and 144,000 people who want abortions will not be able to obtain in the upcoming year, according to one study. Abortion will remain legal in 27 states in the U.S. So if you or someone you know needs an abortion, you can still access it in the United States.

Head over to abortionfinder.org to find out how you can access a safe, legal abortion.